Animal protein production is expanding around the world, and increasing competition – between the species for share of consumer wallet and between exporters for access to import destinations – is creating many areas of opportunity for both producers and processors. 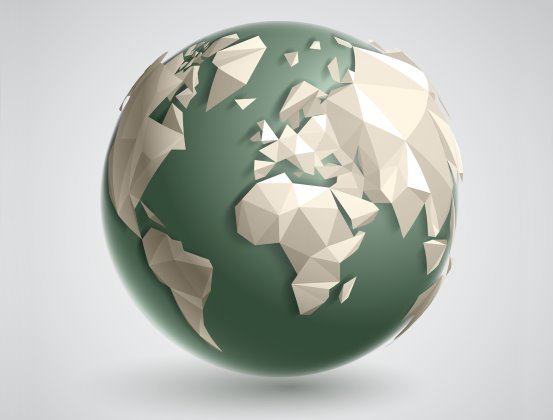 That, in short is the key message of RaboResearch’s Animal Protein Outlook for 2018.

“Rabobank expects animal protein production to increase in all regions, with total production growth once again surpassing the 10-year average,” stated Justin Sherrard, global strategist – animal protein at Rabobank in a press release shared by the bank. “This strong production increase is mainly being driven by Brazil, China, and the US.”

Two important drivers behind the increase of technology are reducing the environmental footprint and addressing social concerns. Photo: Shutterstock

In seafood, aquaculture continues to drive seafood supply growth. Sustainable growth in the seafood industry solely depends on aquaculture, although the bank expects the wild catch industry to recover after El Niño recedes in 2017. Zooming in, the salmon market is recovering, fishmeal prices will stabilise, and the shrimp industry is likely to continue growing.

“The Rabobank trade scorecard for 2018 shows that many countries are looking to increase exports, and this will be a major part of the increased competition we expect in 2018”, according to Mr Sherrard.

While specific trade outcomes will also reflect growing demand, access issues and policy decisions, the bank expects trade to represent an important area of both opportunity and uncertainty over the coming year. Uncertainty in 2018 will come from the heavy overlay of politics in trade policy – such as the NAFTA negotiation, Brexit and the US-China trade relationship – which is not new but does seem to have become more common, and from biosecurity issues – such as Avian Influenza, African Swine Fever and EHP (a fungal infection in shrimp) – which again appear susceptible to political involvement.

Mr Sherrard said, “Trade should be the top-of-mind issue for global animal protein as we head into a new year, and enhancing competitiveness is going to be critical for success.”

Looking beyond markets and trade, the bank identified 4 other issues that will dominate the headlines for animal protein in 2018:

In food retail, the evolving landscape is one of more channels, more product options, and more velocity for instance due to blurring retail channels.

This will bring new areas of opportunity, according to the bank, such as online fresh food sales in China, and generally bring opportunities to strong and agile animal protein supply chains. Alternative proteins will grow further from their small base and continue to capture consumer interest in innovative food.

At the same time, the animal protein production chain, and especially aquaculture, will focus on alternative proteins as an innovative feed ingredient. When it comes to innovation, technology – and in particular data-driven technology – is starting to deliver value along the animal supply chain for instance by increased supply chain (cost) management. 2 important drivers behind the increase of technology are reducing the environmental footprint and addressing social concerns.

Chances and opportunities per region

Last but not least, the bank subdivided the world in various regions and identified chances and opportunities for each of them.

Ongoing production expansion across the species increases the dependence on trade, yet access to trade markets will be an area of uncertainty during 2018.

Brazil: Production will increase in 2018

Brazil & Argentina are set to increase beef production by 5% and 4%, respectively, with Brazil also expanding poultry and pork production.

EU: Exports are key in a challenging market

Access to export markets is increasingly important for processors, as production rises, while social issues remain top of mind for domestic consumers.

China’s pork market is entering a down cycle, with imports set to rise as structural adjustment continues. Overall poultry supply will be flat, with white bird supply declining and other species rising. Beef supply will grow steadily, with imports being the main driving force.

Poultry production is tapering off in response to oversupply. Beef demand will continue to be met by imports, with price being the main focus in trade decision making.