Wild boar Far East environmental damage WWF Amur tiger depopulation. Ecologists of the Amur branch of the World Wildlife Fund (WWF) have warned of the danger of extermination of wild boars, which will inevitably affect the population of the Amur (Ussuri) tigers listed in the Red Book, RIA Novosti reported. 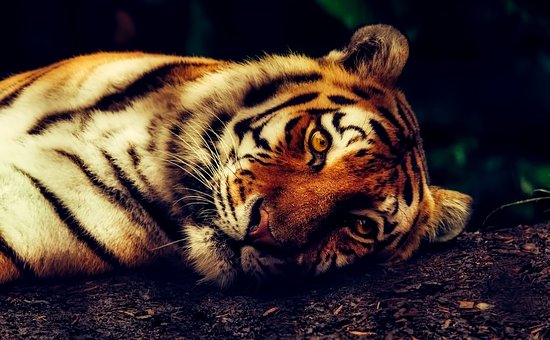 In many areas of Primorye, the Amur Region and the Khabarovsk Territory, an emergency regime for African swine fever (ASF) has been introduced. According to WWF, 15 out of 16 currently officially registered outbreaks of infectious disease have occurred on farms and personal subsidiary plots. Among wild boars, a single case of ASF has been established. Ecologists consider the hypothesis of the virus penetration with migrating herds of infected wild pigs from China to be erroneous. Most likely, the main distributors of the infection are their domesticated relatives, and wild boars become victims of the epidemic, they say. In addition, irresponsible human activities, especially food waste dumps, contribute to the transfer of the pathogen over great distances.

The hunting supervision department of the Primorsky Territory decided to regulate the number of wild boars in the border region. The head of the rare species conservation department of the WWF Amur branch Pavel Fomenko made a statement that this method of combating the spread of ASF is unacceptable in the Far East, where unique representatives of the fauna live. Depopulation of wild boars, which are conditionally permissible in the European part of the country, will minimize the number of an important element of the food chain, at the top level of which there are large predators: tigers, two species of bears and lynx. It is possible that a decrease in the number of wild boar populations will lead to their increased conflict, Fomenko warned.

In two or three years, hungry animals will go to the villages. They will have to be shot, and this will result in the flowering of poaching and a decrease in the profitability of hunting farms. A similar situation has been already developed in the 1980s. WWF is not limited to the statement about the unacceptable practice of shooting wild boars: ecologists are developing methods to increase the number of other species of ungulates in the habitat of the Amur tiger. In the case of a sharp decrease in the number of wild boars, large predators can switch to Manchurian deer, roe deer and forest deer.