All news / AI this autumn a real threat, says APHA

European poultry farmers will have to be on their guard against a range of different strains of bird flu over the next few months as the autumn migratory season gets underway.They will have to watch out for H5N8 High Pathogenic Avian Influenza (HPAI), which has continued to persist in the environment, most notably in poultry in northern Italy and in wild birds in Italy, Switzerland and Germany. 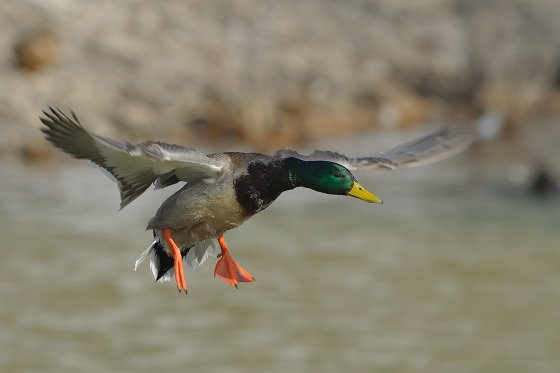 Farms with insufficient biosecurity are at particular risk, but the UK’s Animal Plant Health Agency has warned this month of the potential of fresh incursions of H5N8 from migratory birds from central and northern Eurasia.

APHA experts Professor Ian Brown and Dr Helen Roberts said in their latest update that the “potential for new incursions to Europe of H5N8 with these wild populations are real. This year, the cases in wild birds and poultry are already occurring.”

They argued that it was also important to note the pattern of H5N8 HPAI emergence in 2014 when the virus was observed in Japan and South Korea in wild birds and a few months later was detected in Europe and North America.

“If the same pattern of wild bird transmission occurs this year, we might expect to see expansion in the range of H5N6 HPAI potentially to similar areas as it was reported in high numbers of migratory birds in Japan over the summer together with waves of infection in poultry in the Republic of Korea.

It was also important to note the pattern of H5N8 HPAI emergence in 2014 when the virus was observed in Japan and South Korea in wild birds and a few months later was detected in Europe and North America. Photo: Wikimedia

“This virus has some affinity for human cells unlike H5N8 HPAI virus – therefore public health issues will also need to be considered carefully,” they added.

The report also highlighted the extent of the spread of H5N8 across southern Africa and the recent FAO report which highlighted the vulnerability of this regions for low income households, which rely on smallholdings of poultry for food security and the importance for authorities to provide support and advice.