All news / ASF expands east into new territories in Russia

The year 2017 has seen African Swine Fever (ASF) creeping east beyond Russia’s Ural Mountains range, starting to pose a threat to the new regions of the country. 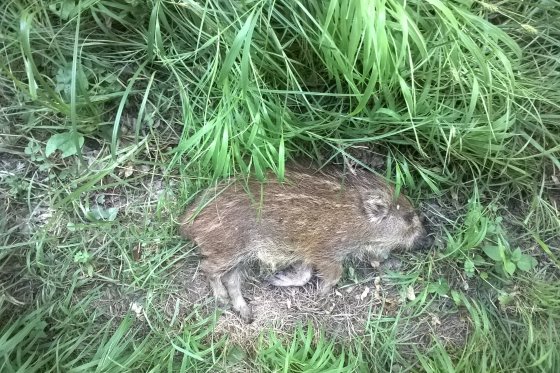 This message was shared by Russia’s veterinary body Rossselhoznadzor, in statements on its website.

In 2017 the disease was identified in 5 regions of Siberia, including Chelyabinsk region, Irkutsk region, Omsk region, Tyumen region and Krasnoyarsk Krai. Each of these regions was still considered to be free from ASF as of late 2016, Rossselhoznadzor said.

To combat the virus in Siberia, the Russian watchdog will build a special laboratory in the Irkutsk region. The veterinary body will invest 560 million roubles (US$10 million) in the modernisation of the Irkutsk Interregional Veterinary Laboratory, where the special anti-ASF division will be established, in order to be able to test samples from dead pig carcasses.

Rossselhoznadzor has been operating several similar laboratories in the European part of Russia, but so far the organisation did not have similar facilities in Siberia, as prior to 2017 there was no need to test dead pigs for the presence of the ASF virus.

So far, since the 1st outbreaks hit Russia, the country has culled about 2 million pigs due to ASF, taking into account the outbreaks registered in the course of 2017, Rossselhoznadzor recently estimated.

Nevertheless, 2017 has not been that bad in terms of ASF, as in 2016 alone, the body culled 300,000 head of pigs and confirmed the record-breaking 298 outbreaks in the country. In 2017, however, Rossselhoznadzor registered only 160 outbreaks in Russia until early December, the veterinary body informed, not revealing the total culled pig count this year.

In Siberia, the worst situation was seen in Omsk region, surrounding Omsk city, which is called the informal capital of Siberia. Given the large number of infected wild boars, Rossselhoznadzor confirmed 34 ASF outbreaks in 13 districts of the region. The veterinary watchdog had to shut down several farms and to cull nearly 25,000 head of pigs.

African Swine Fever can be devastating to the wild boar population, as seen happening in the Zlin region in the Czech Republic. Photo: Petr Satran | Czech State Veterinary Administration

Direct losses from ASF in the Omsk region have amounted to 230 million roubles (US$4 million), and the region lost 12% of its pig population, according to data revealed by the regional government earlier in December.

Local agricultural holdings have joined forces and started a programme for purchasing of pigs from backyard farms at attractive prices, in an attempt to convince farmers to switch to keeping other animal species. It is believed that the regional government has contributed to the success of that programme, informing the citizens that it considers to ban the backyard farming in Omsk region completely, paying these farmers only small amounts of compensation.