French retailer Auchan has set up a new processing line in Lipetsk region, in cooperation with the Russian agricultural holding Zeros. 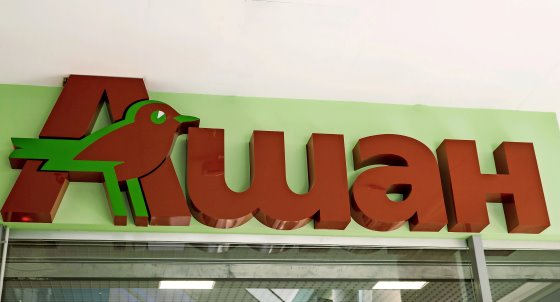 That news was shared by Nikolay Bobin, Zeros CEO, during a press conference early March. The new production facility in Lipetsk region, 450km south of Moscow, should reach a capacity of some 1,000 tonnes of pork per month in the course of 2018, according to Bobin.

Since 2015, Auchan has been heavily investing in the meat processing business in Russia. One year ago, the retailer already initiated a meat processing plant in Tambov region, investing 3.5 billion roubles (US$ 55 million) for an annual capacity of 40,000 tonnes of pork, beef and lamb.

The company said that it was purchasing pigs for the plant only from reliable farmers, using long-term 5-year contracts.

The project in Tambov region was announced after a wave of criticism by Russian veterinary watchdog Rosselhoznadzor in 2015. The authority claimed Auchan had sold low-quality and substandard pork and various other meat products in its stores. Samples, taken by the federal veterinary body in Auchan’s hypermarkets in Moscow were allegedly found containing e.g. dangerous micro-organisms.

Auchan in turn blamed its local suppliers for delivering substandard pork and as a result, the company announced plans to invest into own processing capacity. This way it aimed to avoid similar situations in the future. Hence, the retailer is now releasing meat at its own processing capacities excessively for its own stores.

In addition to the launch of the new pork processing line in Lipetsk region, Auchan is harbouring plans to expand the output of its Tambov plant to 70,000 tonnes by 2021. This is necessary in order to fuel the continuing expansion of the retailer on the Russia food market. Since 2015 the company has opened more than 40 new hypermarkets in the country, becoming the 3rd largest food retailer on the domestic market.

Within its strategy of self-sufficiency in pork and some other meat products, Auchan may need more processing capacities in future, as the retailer is currently in talks on the deal to acquire the Okay Group – another one major Russia food retailer with nearly 100 hypermarkets located in the country.

According to the Russian news media Delovoy Peterburg, Auchan plans to complete that deal in the period from May to June 2018.