As an incentive to increase production performance, the Azerbaijan poultry industry has received AZN 133.3 million (US$73 million) in the form of soft loans from the National Fund for Entrepreneurship Support (NFPP). 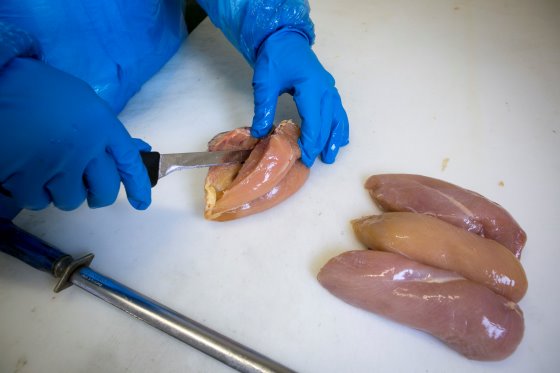 In taking this step, Azerbaijan believes that in the course of this year already, it will be able to completely meet domestic demand on poultry meat and eventually stop importing. The investment is particularly welcome as new customs duties and veterinary restrictions have severely hampered import deliveries.

NFPP has not said when this money will be allocated. However, they estimate that the annual production capacity of the country’s poultry farms will increase to 130,000 tonnes compared to 95,500 tonnes during 2016 as a result.

Back in 2016 Galib Abdullayev, the head of the livestock development department in the country’s Agricultural Ministry, estimated that with the combined production output close to 100,000 tonnes of poultry meat Azerbaijan would meet nearly 98% domestic demand. He also informed that the country ceased to import eggs and was assessing some export opportunities for chicken meat.

Azerbaijan has pumped huge amounts of money into the country’s poultry industry with several targeted programmes over the past years, increasing production capacity three times from 2012 when it manufactured only 43,600 tonnes of poultry, according to official statistical data.

From 1 November 2016 Azerbaijan raised import duties on poultry meat for two years in order to give additional incentive to the country’s poultry farmers to gain production performance. The duties have been raised to US$1 per one kg of poultry meat and US$100 per 1,000 eggs. Previously, both poultry meat and eggs were subjected to common rate of customs duties of 15%.

Aydyn Alyev, the chairman of the country’s Customs Committee, during press-conference in late October 2016 said that the main target of the new duties was to protect the domestic poultry industry from the imported products that were supplied to the country at dumping prices. At the same time, he said, most country’s citizens already were opting for the domestically manufactured agricultural and food products.

In the meantime, since early 2017 Azerbaijan has restricted imports of poultry meat from its largest suppliers – Iran and Russia - almost immediately after avian influenza (AI) outbreaks in these countries were revealed.

The Azerbaijan veterinary service has also limited poultry imports from Europe with all those restrictions remaining in place for now.