Russia’s biggest meat producer Cherkizovo and Spain’s Grupo Fuertes have opened a new plant as part of the Tambov Turkey project, which is ranked the second-largest turkey meat production complex in the country. 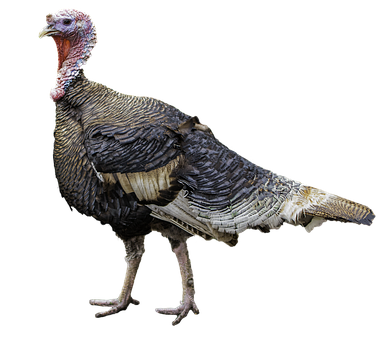 The second stage of Tambov Turkey recently came into production and ramps up the total production capacity by 50% to 85,000 metric tonnes per year.

The new project consists of 3 finisher sites, a nursery site, a slaughterhouse, a feed mill, a hatchery and a motor transport unit, Cherkizovo said in a statement. “The consumption of turkey meat is growing in Russia, but we chose to grow following demand, dividing the projects into 3 phases to gradually and steadily increase production and not allow an acute oversupply on the market,” Sergey Mikhailov, general director of Cherkizovo said during the opening ceremony. “During this year, we will start to get turkey from the second stage of the complex to market. If demand stays strong, we will be able to begin building the third stage further to increase production to 120,000 to 130,000 tonnes per year,” Mikhailov said. The second stage of Tambov Turkey will reach the full designed production capacity by mid-2021. According to Mikhailov, the construction of the third stage could also begin next year.

The first consignment of custom-built equipment for the hatchery, feed mill and slaughtering facility worth more than € 40 million was delivered to the construction site of the Tambov Turkey project by Cherkizovo Group.

While increasing turkey production, Cherkizovo also plans to boost its export as well. In 2019, the company exported slightly below 2,000 tonnes of Turkey meat. In 2020, this figure is projected to climb to 3,000 or 4,000 tonnes, Mikhailov said. Until now, almost the entire volume of exported meat is going to Asia. “So far, the list of our export markets remains limited. We have got access to the Asian market, including China, and are doing our best to grow there. However, the most promising market is the European Union,” Mikhailov said. Russian companies are yet to get approval to export turkey to Europe.

Cherkizovo Group and Grupo Fuertes announced the creation of the Tambov Turkey joint venture in 2012 and the start of construction of a turkey meat production and processing complex in Tambov Region with capacity 40,000-50,000 tonnes of turkey meat per year and prospects for expansion.

Cherkizovo has also signed a preliminary agreement with Cargill to acquire its chicken processing facility, located in Efremov, in the Tula oblast. At the site 20,000 tonnes of semi-finished poultry products per year are produced. The deal must get regulatory approval from the Russian government, but the parties involved expect to close it in the second half of the year. The company reported it was expecting to see synergy effects between the new plant and other company’s assets. The production performance of the plant could be increased in the coming years, Cherkizovo said.