Cherkizovo Group is both Russia’s largest meat manufacturer and a major exporter of by-products. Exotic as they may seem to many Russians, dishes from chicken feet, pig’s ears or trotters are a local speciality in China, Mexico and Egypt. Here is our list of the most popular by-products eaten as delicacies in these countries. 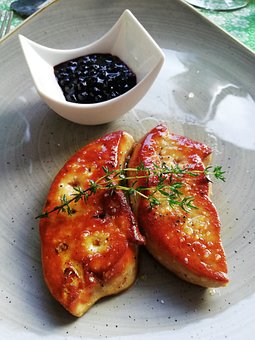 Today, China is the undisputed leader in importing meat by-products, with 1.2 mt of poultry, pork, and beef by-products brought into its territory last year according to customs statistics (excluding stomachs, sets of intestines and a bladder). Mexico and Egypt rank second and third, with 0.5 mt and 0.25 mt of imported by-products, respectively.

“This year, China has become the major destination for Cherkizovo by-products: by the end of 2019, the Group's exports of chicken feet, a favored local beer snack, may reach some 8,000 tonnes. This is a delicacy the Chinese cook in many different ways – deep fry in a wok, stew, smoke, or boil,” says Andrey Dalnov, Cherkizovo Group’s Chief Analyst.

If China allows Russian pork into its market, Cherkizovo will also be able to export pig's ears and trotters, which will find their way into local cuisine. For example, pig’s ears are boiled with sugar, soy sauce and spices (black and chili peppers, ginger), anise and spring onions, and served in slices. Similarly, trotters are braised in soy sauce, spices, and wine.

Filipinos like breaded and fried trotters, as well as barbecued pig intestines and hearts.

U.S. supplies Mexican gastronomes with plenty of by-products of all sorts, including tripes, beef rumens and tongues, lamb brains, and even pig skin. These are fried and put in tacos (corn or wheat tortillas made with a variety of fillings) – a local signature dish.

The least exotic ingredient to Russian foodies will probably be beef liver popular in Egypt. There you will often find it served in pitas from multiple street vendors. Cut in small pieces, liver is fried and mixed with garlic, pepper, lemon juice, and other spices.