The European Union has cancelled the ban on poultry product imports from the Ukraine, which came into effect in 2016 due to outbreaks of highly pathogenic avian influenza (AI). Only a few restrictions concerning some particular territories remain, the country’s food safety body has reported. 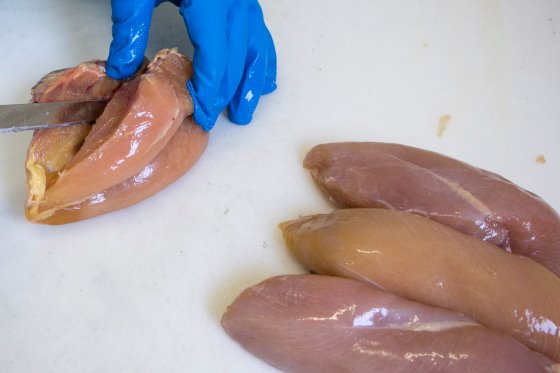 Speaking on behalf of the State Service of Ukraine for Food Safety and Consumer Protection, Gosvetphitosluzba, Boris Kobal, the head of the food quality department claimed that the last AI outbreak in Ukraine was registered back in February.

This he attributed to the “effective operation of the Gosvetphitosluzba. He warned, however, that the country is still facing the threat of new outbreaks, primarily because of the wild bird migration coming into Ukraine “from east, west, north and south in spring and autumn”.

The key task of the veterinary body today is to diagnose and timely identify the sources of AI, Kobal said, adding that in general the situation with the disease is under full control.

Speaking recently in an interview to local media Interfax-Ukraine, Oleg Bahmatuyk, owner of the country’s largest egg producer Avangard, said that AI has corrupted the country’s egg export in 2017 and eventually led to a sharp decrease in prices. He estimated that the average retail price for ten eggs in Ukraine today is UAH 6 (US$0.22), while the production cost is UAH 14 (US$0.53).

Bahmatuyk said that due to AI, Ukraine exporters now have to export eggs at US$10-11 per dozen, stating that this is “miserable price”, adding that on average the country’s egg manufacturers make shipments to the international market at the prices which is 30% lower, compared to other suppliers.

He said that egg producers in Ukraine endured the Easter holidays with market prices that were below the breakeven point, suggesting that the season of low prices in Ukraine will last at least until October 2017.

Bahmatuyk expressed hopes that Israel and Iraq soon will remove AI-related restrictions against poultry imports from Ukraine. He said, however, that those countries “would not consume a lot” of Ukraine eggs, so even if trade restrictions would be removed, this will not provide great support to the industry.

The data of State Fiscal Service of Ukraine, however, suggest that AI has not hurt export of Ukraine poultry meat, as in the period from January to May domestic manufacturers sold 95,850 tonnes internationally for US$124.1 million, increasing deliveries in physical terms and in monetary terms.