Russia’s agricultural holding Eurodon will, in late February, target re-stocking of poultry houses in the Krasnosulinsky district of Rostov Oblast, where, in late December, an outbreak of highly pathogenic avian influenza (AI) broke out. 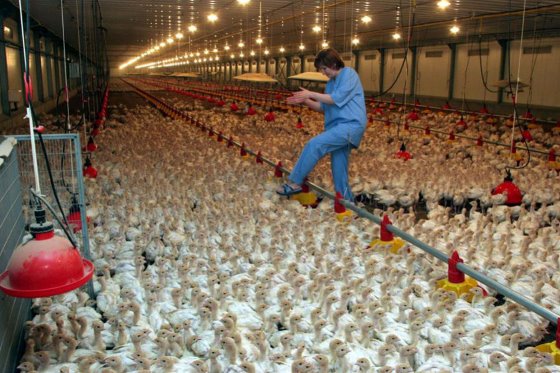 In total, Eurodon suffered RUB1 billion (US$16 million) in losses because of the outbreak, primarily because the company had to cull 160,000 turkeys. According to the company’s press-service, the poultry stock was insured but this will only cover part of the losses.

Additionally, Gorodn suggested that Eurodon may hope for some compensation from the state budget, referencing unnamed sources in the company.

Currently, the company is cleaning all objects and territories at the site of the outbreak with the help of veterinary specialists. After that, examinations will be carried out to confirm whether the poultry houses are safe, the press-service indicated.

All procedures associated with the disposal of dead poultry have been carried out with the participation and under the supervision of experts, including veterinarians and epidemiologists, Eurodon stated, adding that there is no threat of soil, water of human contamination with the virus.

In a report, published on Eurodon’s website January 13, the company’s CEO Vadim Vaneev confirmed that the holding now targets re-stocking of the poultry houses. He said that as the result of the outbreak, Eurodon will slightly reduce its turkey supply to the Russian market in the first 2-3 months of 2017.

However, this incident should not affect, in the long-term, the company’s performance indicators. In spring 2017 Eurodon intends to commission new facilities and reach a production performance of 9,000 tonnes/month, Vaneev said. He claimed that in 2017 the company plans to produce at least 90,000 tonnes of turkey.

According to preliminary conclusions of Rostov Regional Anti-Epizootic Center, AI entered into the region with migrating birds. To fight the disease, authorities vaccinated 2 million poultry in the area of 10 km around the outbreak. However, the threat of new outbreaks still exists, as AI continues to be detected in neighbouring regions, including Krasnodar Krai and Astrakhan Oblast.