We’re keeping our finger on the pulse and bring you a comprehensive summary of the latest business updates from the poultry industry worldwide. 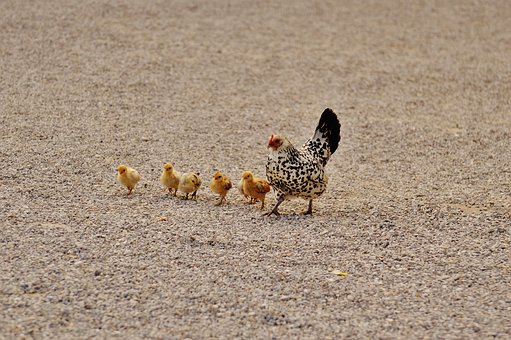 Moba has announced 2 innovations in the field of crack detection with the development of a far-reaching new vision crack detection system using artificial intelligence. The existing Crack Detector and Shell Strength Detector will become standard features in Moba’s Shell Inspector.

Moba launched the shell strength detection function to detect the shell strength of every individual egg about a year ago. This innovation is based on acoustic analysis and enables customers to monitor flocks based on average shell quality and uniformity within a supply of eggs and grade eggs based on shell quality. This function will become a standard feature of Moba’s crack detection function. This means that from August 2020, all Omnia machines that are equipped with a crack detector will also offer shell strength detection.

Then, Moba also launched a hygienic programme last year. The very important first step was the Multi Outlet concept, a way to separate dirty eggs from the production line at the earliest possible stage. The next step occurs a little further downstream where eggs are inspected for cracks. The company has announced a futuristic development programme to incorporate artificial intelligence into a vision system for detecting cracks. The rapidly changing technology in this field enables functions that were unthinkable a few years ago. Moba started this project together with its long-term partner company IHFood from Denmark.

Acceleration in uptake of induction-powered LED lighting across the poultry industry is predicted by Matt Kealey, director of sales and marketing, Greengage Lighting, who estimates that close to 20% of UK broilers are now being reared under the its ALIS lighting system.

The Greengage team are also seeing this trend in global markets with new distributors appointed in the Netherlands, Ukraine, Philippines and now Mexico where the initial two broilers systems are scheduled to be installed for Pilgrim’s. “Not only do growers see the benefits of rapid installation, low maintenance and improved flock performance, they are also making significant electricity savings and a very low fire risk,” said Matt Kealey.

Held in Luxor on the Nile River, the 4-day conference covered essential best practices for effective hatchery management that leads to optimum chick health and welfare. For many, a highlight of the event was a lecture by Veterinarian Dr Peter Wijnine, who shared his insight on pathology and its impact on hatchability.

Victam International and VIV Europe in 2022

Hamlet Protein targets poultry in the US

Hamlet Protein, producer of soy protein specialties for young animals, participated at the IPPE in Atlanta, Georgia, where staff met with industry professionals and academics and shared the latest technical insights on how its portfolio addresses nutrition and health challenges.

At the International Poultry Scientific Forum, the company’s poultry nutritionist Dr Josh Steed presented on the topic ‘A comparative analysis of an enzymatically processed soy protein and non-SBM protein sources on broiler live performance and economic benefit under NAE conditions’. The main conclusion of his analysis was that an enzymatically processed soy protein can provide a good ROI for replacing other non-soybean meal protein sources under antibiotic-free conditions.

Ceva Santé Animale has renewed its shareholding structure. Management, led by Marc Prikazsky, has reinforced its controlling position supported by a core group of long-term investors, known as Ceva friends. The new investors in this block are Téthys Invest of France, PSP Investments of Canada, Mitsui & Co. of Japan, and Klocke Gruppe of Germany. They will join forces with long-standing French shareholders who will reinvest in this new round, in particular Sofiproteol and Merieux Equity Partners.

The demand for animal-friendly systems for egg production is rising quickly. In this context, Big Dutchman has announced a total of 100 million laying hen places worldwide have been equipped with Natura aviary systems, which are considered to be especially animal-friendly.

Population growth, urbanisation and income growth are drivers for accelerated growth of the feed industry in Asia. In light of this, Hamlet Protein, producer of soy protein specialties for young animals, announced the hiring of new local staff to support the company across the APAC region. Glenn Ferriol has been appointed as sales manager for Philippines, Malaysia and Indonesia, and Le Minh Quang as area sales manager for Vietnam and Cambodia.