Russia slapped a raft of measures against the European Union, the US, Australia, Canada and Norway in August 2014 in response to the EU’s and US’ sanctions, with the list expanded later by other countries. The so-called countersanctions ban imports of fruits, vegetables, dairy, and meat products from a number of countries to the Russian Federation. 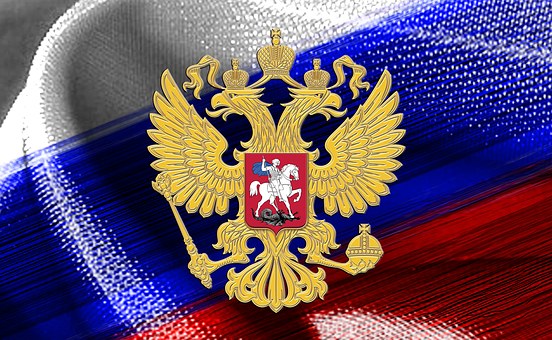 Representatives of departments and experts have told TASS about changes in the structure of Russia’s agriculture industry and about sectors that have gained traction over the past five years, as well as what goods will be substituted in the future.

"In 2018, Russian food exports amounted to $25.8 bln in value terms compared with $16.8 bln in 2013. Exports of meat and fat-and-oil products, fish and seafood, processed products demonstrated a notable growth. Russia heads the list of biggest wheat suppliers and is among top three suppliers on separate goods items. The present international trade dynamics suggests that the country will become one of top ten global agriculture exporters in the midterm," the ministry’s representative explained.

Business ombudsman Boris Titov agreed that countersanctions have driven agriculture growth, though he noted that finding niches in international division of labor and cooperating with other countries is more important. "I can say that as an economic measure it has triggered certain areas of agriculture development. However, I should add that it is wrong anyway. Open relationship is much more important, so we should openly compete and find our niches in international labor division. It is much more profitable to cooperate than to impose sanctions against each other," he noted.

Meanwhile, head of the Executive Committee of the National Meat Association (comprising biggest meat producers such as Miratorg, Cherkizovo and others - TASS) Sergey Yushin said that Russia’s meat sector started development long before food embargo was imposed. "As for the meat sector, it started developing long before Russia took special economic measures. Particularly, as the national project implying a food program for livestock sector development was implemented in 2006-2007, and state programs later on. A whole range of support measures, such as customs and tariff regulation, subsidized lending and the like, were envisioned. In view of this, it is safe to say that the main incentives for a quick increase in local production and import substitution development were laid down back in 2000s," he said.

Yushin added that tit-for-tat sanctions only restricted imports from around 30 states, whereas such big suppliers as Brazil, Chile, Argentina and India remained out of the list of blacklisted countries.

"It would be gross exaggeration to say that the ban has closed the Russian market. In the past five years only, pig farming gained 25% and poultry farming added 20%, with imports totaling almost 800,000 tonnes in absolute terms. At some point, it was over two mln tonnes. Russia has remained quite an open market in terms of meat. Moreover, the ban has had no impact on beef supplies as almost 97% of beef were delivered from unsanctioned countries," he explained.

Russia’s food embargo has pushed local production up, though import substitution has failed on certain items, Executive Director of the Association of manufacturers and suppliers of food products Rusprodsoyuz Dmitry Vostrikov noted.

According to the association’s figures, the total share of Russian food products in stores currently exceeds 80%, whereas prior to Russia’s countersanctions the share of imported products was over one third. Meanwhile, the share of certain goods produced locally reached 95-100%. "Russia has reached the food safety targets on all key areas - grain, vegetable oil, sugar, meat and meat products - over the past several years," he said. However, in 2018 Russia failed to reach the targeted self-sufficiency rate on salt and milk. "In 2018, the share of Russian milk on the local market was 84.2% with the threshold of at least 90%. Regarding salt - 64.2% (at least 85% required)," the expert said, adding though that "the recent increase in state support of the sector has facilitated capital raising."

The Agriculture Ministry’s representative agreed with the estimate, adding that the positive trend in the dairy sector suggests that the targets may be achieved within the next 7-8 years.

According to experts at the Russian Export Center (REC), the bulk of Russian manufacturers and processors have benefited more from devaluation rather than from the food embargo as prices of their products became attractive compared with all imported products on the domestic market. "Exporters also benefited as the price in dollars for agriculture products in rubles has doubled yields, which has favorably impacted Russia’s agriculture sector," a representative of the REC’s press service told TASS.

Russia is the world’s leading exporter of wheat, fish, sunflower oil, and among top ten exporters of a wide range of other goods, he said.

Experts believe that customs processing peculiarities and logistics should be explored, the tight control of phytosanitary services should be passed, and required export certificates and licenses should be obtained for further export growth.

"Particularly, it is necessary to conclude preferential trade agreements. As of today, Russian goods have duty-free access to the market of all CIS countries (excluding Ukraine), Serbia, Montenegro, as well as Vietnam. The Iranian agreement is expected to take force as well. The talks are ongoing with Egypt, India, Israel and Singapore. The reasonability of concluding an agreement with Korea is being negotiated," REC said.