All news / Heat stress turning into a pressing issue in Russia

As bizarre as it may sound, Russia is no stranger to heat stress in livestock production and this is largely down to global warming. There are several strategies that Russian farmers can use to help alleviate the issues surrounding heat stress. 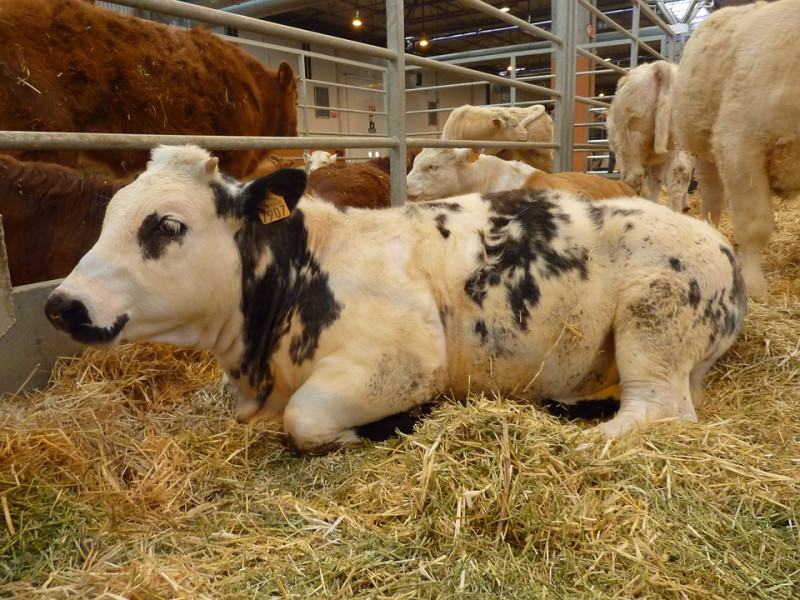 Despite being usually perceived as a country with a cold climate, Russia is no stranger to heat stress, oddly enough. This issue is likely to begin attracting more attention in the coming years as Russia has proven to be warming up twice as quick as the rest of the world.

When it comes to climate, Russia is not as cold as it was during the Cold War. A government report on environmental protection said temperatures in Russia had warmed by 0.42°C per decade since 1976, or twice as quick as the global warming trend of 0.17°C. Some scientists voice concerns this pace may accelerate in the future. Among other things, last year was a ‘record’ in the terms of the spread of wildfires in several parts of Russia, which is believed to be linked to extreme weather changes, research conducted by the National Oceanic and Atmospheric Administration showed. “Talks about climate change have been taking place for a long time and, in fact, the average annual air temperature in Russia has consistently exceeded the norm over the past 20 years. The summer months are increasingly associated with abnormally high temperatures, drought, forest fires, smoke, and health problems. This incurs massive damage on agriculture,” research conducted by a group of scientists of the All Russian Institute of Poultry Processing Industry showed.

Vague understanding of what heat stress is

The scientists discovered that an abnormal increase in air temperature is noted in many regions of Central Russia, including the republics of Bashkortostan, Tatarstan, Mari El, Chuvashia, Udmurtia, and Mordovia, as well as in the Orenburg, Volgograd, Samara, Saratov, Ulyanovsk, Chelyabinsk, Kurgan regions, and all southern regions. However, the issue of heat stress in Russia is not attracting proper attention. When asked to provide some insight into their methods of managing heat stress, some market players admitted that they had only a vague understanding of it.

Some others claimed that, in their opinion, heat stress is not a problem, worth particular attention. “Located mostly in the northern part of the Northern hemisphere, Russia has a mild and cold climate; therefore, the effect of heat on poultry production is not substantial. The major challenge comes from proper heating and ventilation in the autumn, winter, and spring periods,” comments Albert Davleyev, president of the Russian consulting agency Agrifood Strategies.

As explained by Davleyev, in the central part of the country where most domestic poultry producers are located, the number of hot days with temperatures exceeding 30°C (86F) does not exceed 3 to 4 weeks from May through September. The rest of the period, air temperatures stay within the range of 20-25°C (62-88F). “For this reason, the challenge of heat stress is not as acute as in many other countries. However, the local industry, especially broiler integrators located in Southern Russia and even Siberia, where the climate is more continental, are using a combination of various techniques [to deal with this issue],” Davleyev says. “The most popular, effective, and cost-saving method are increasing the airflow in a poultry house to a minimum of 2 meters per second. Installing micro-sprinklers for water mist is also highly effective, though more expensive, requiring special equipment along with increased water usage. Some farms reduce the feed supply of the flocks in hot weather,” Davleyev adds.

“Changes in feed supply indeed are a popular method of dealing with heat stress in southern regions,” agreed Nikolay Buryakov, Ph.D., Head of the Department of Feeding and Breeding of Animals, Federal State Budgetary Educational Institution of Higher Education. “Producers see that heat stress is impacting animal behaviour, their feed intake, pairing ability, and other things, and point to increasing attention to ensuring the temperature conditions are optimum.”

“Russia is a northern country with a cold climate, so in chicken and pork production – money is spent on protection from the cold rather than on protection from the summer heat. In summer, high temperatures are a problem, mainly in the southern regions of European Russia, where the heat may not subside at night. In such cases, mortality in poultry and pig farms can increase by 5-7%. Weight gain also drops by 5-10%,” estimates Andrey Dalnov, head of the centre of industry expertise of the Russian bank Rosselhozbank. Russian bank Rosselhozbank.

Feeding solutions have a controversial image

“Russian farmers are somewhat reluctant to use feed additives to deal with heat stress,” Vadim Barnev, technical director of cattle division of the Russian feed additives distributor Mustang Feeding Technologies told local news outlet MilkNews. “Due to heat stress, cows have no appetite. The animals consume mostly concentrated feed, resulting in a decrease in the rumen pH and acidification.

One of the ways to prevent it is by using buffer mixtures to optimise pH. The second is using various herbal extracts to increase feed intake by animals exposed to heat stress. Also, the producers offer various biological substances – probiotics and strains. However, from the feeding point of view, none of these methods is backed by science,” Barnev says.

Mitigating the impact of heat stress

Physical cooling is considered the most effective way of combating heat stress in Russia. “It is impossible to mitigate the impact of the heat stress on the organism by any chemical means. Some producers claim that their products can help reduce body temperature. Some people do believe that cows could cool down by eating particular herbs. Why do they believe this? Nobody knows! There is a lot of speculation in this field, but it is important to understand that these solutions have no evidential ground,” Barnev says.

Unproven products available on the market

The main problem is that there are many of these types of products without proven properties on the Russian market, commented a spokesperson for the Russian livestock company who wished not to be named. “In most cases, [Russian] companies are using feed additives that combat heat stress as a secondary feature. There is a lot of misinformation on the market when local suppliers of vitamins, amino acids, probiotics, and phytogenics claim their products, alongside other benefits, could tackle heat stress. This is very confusing and may lead to a situation where a farmer is sure that at his facility, this issue is already addressed, while actually it hasn’t,” the source adds.

However, the increasing awareness about heat stress is believed to up push the demand, for some type of feed additives, in Russia. “Almost all poultry producers choose between or using both organic acids, like lactic, propionic, citric, formic, etc., and non-organic drugs such as acetylsalicylic acid and acetaminophen administering them through drinking systems. The most popular combined concentrate is Clim Thermo, produced in Russia, which contains sаlicylic, malonic and amber acids, potassium hydrocitrate, sodium dihydrogen citrate, and potassium hydromalonate,” Davleyev says.

“The problem of heat stress is relevant, especially in the south. Companies who sell feed additives based on organic acids emphasise that organic acids added to the digestion system not only protect against pathogenic microflora but also protect against heat stress,” comments Lyubov Burdienko, commercial director of the Russian consulting agency EMEAT. “Recently, betaine has been used seasonally to combat heat stress. Betaine has 2 essential functions in the animal’s body: an osmoprotectant and a donor of methyl groups in the process of transmethylation. Betaine helps maintain cellular hydration. Betaine hydrochloride is usually used because economically, this is the most justified,” Burdienko says.

Russian experts suggested that the country could embark on some measures in the agricultural field aimed at curbing global warming in order to protect livestock producers from more significant problems associated with heat stress in the future. “Unlike countries with more land use, Russia can take preventive measures in anticipation of further warming. Agricultural land in the northern regions, which for one reason or another is not used now, can be preserved for possible involvement in operation later. On poor soils, forests can be restored. Forests and parks mitigate the effects of heat in the surrounding area,” says Dalnov. “The restoration of green areas can favourably distinguish our country from other leading exporters of agricultural products, which often continue to cut trees to increase food production in areas freed from forests,” Dalnov concludes.