All news / How Russia’s pig breeders overcame the embargo

The Russian pig industry has managed to overcome the trade embargo with both the United States and the European Union by expanding its total amount of breeding animals. 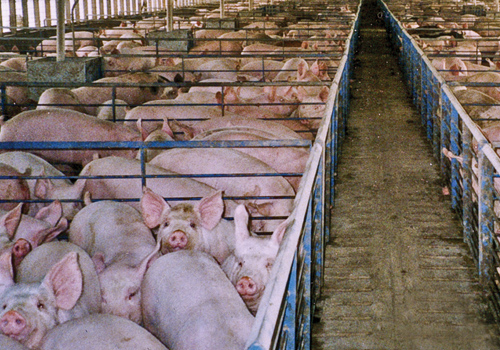 Data by the Russian Ministry of Agriculture reveal that the number of purebred breeding farms grew from 117 in 2013 to nearly 150 in 2016. The overall growth of the pedigree herd grew from 84,000 head to 107,000 head in that same timeframe.

According to a study by Ivan Dunin, chief specialist of Russian Research Institute of Animal Breeding, the share of purebred sows reached 3.5% out of the overall number of sows at the country’s farms back in 2013. This corresponded to basic zootechnical rules determined by Russian scientists.

The study indicated that the largest share of breeding stock is made up of:

Prior to the embargo, Russia was mostly importing breeding stock, primarily from Denmark and Canada, according to Federal Customs Service data. However, imports from Europe stopped at the beginning of 2014 due to veterinary restrictions by the Russian veterinary watchdog Rosselkhoznadzor, while imports from Canada stopped as from August 2014.

In recent years, several construction projects for breeding farms and breeding-to-finish facilities were launched by several holdings, including Cherkizovo andMiratorg. In addition, agricultural holding Exima pumped 13 billion roubles (US$200 million) in a project for the construction of a large breeding centre.

In 2011, Nikolai Demin, Exima’s general director, stated that Russian government included his project onto a list of top priority projects, aimed at establishing 6 similar centres all over the country. However, Russia might have abandoned these plans as a result of a lack of funding.

Nikolay Korolev, spokesperson for the livestock and breeding department of Russia’s Ministry of Agriculture, said that the number of breeding farms in pig industry has grown nearly 3 times since 2008, so it could be safely said that the shortage of breeding stock has successfully been overcome in this period. He said that the productivity of Russian pigs in general matches world standards. Scientists, however, state that there is still room for improvement.

Peter Prokhorenko, spokesperson of State Research Institute of Genetics and Breeding, confirmed that the main breed in the Soviet Union as well as in Russia in the 2000s was Large White. Sows used to be relatively greasy, with a bacon thickness of 3-4 cm. At the same time, about a decade ago most processing plants shifted to meat with lower fat ratios, giving a strong impetus for the breeding segment’s development.

Purchasing meat with a lower rate

Alexander Konyushenko, representative for Krasnodar breeding farm, said that on average Russian pigs have bacon layers of 2.4-2.6 cm and most meat processing plants are willing to purchase meat with lower rate. However, market participants have noted that after the trade embargo the tendency to reduce fat contents has reduced its pace.