A joint venture by Hungarian and Russian partners has been set up with the aim to launch a goose farm in Russia, with the planned investment expected to total up to €17 million, writes Jaroslaw Adamowski. 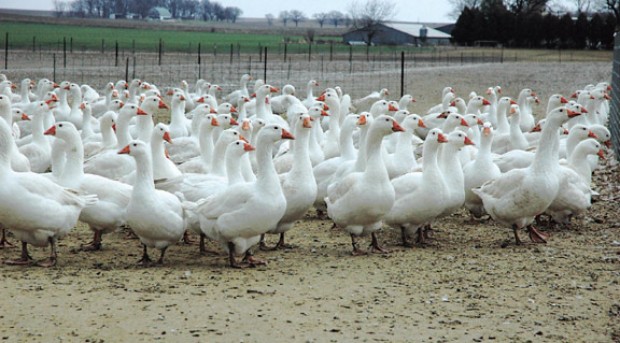 Hungary’s poultry business Hortobágyi Lúdtenyészto Zrt. and Russia’s Ekoferma Zvenyigovo have signed a deal to jointly set up a goose farm in the province of Kirov, western Russia. The agreement was signed by the partners at the Hungarian embassy in Moscow.

Under the plan, the joint venture will be established with an initial capital of €2 million. On top of this, a further amount, ranging between €12 million and €15 million, will be invested by the two partners over a period of three years, the Hungarian Ministry of Foreign Affairs and Trade said in a statement. The companies aim to raise about 1 million geese per year at the farm.

According to Varga, the Russian market is still unexplored, and the available resources remain untapped.

The goose farm will be located on a site of some 1,400 hectares, with the Russian partners responsible for providing the location, according to the agreement.

The latest development comes following high-level talks by Hungarian and Russian government officials, which prepared the ground for the signing of the agreement.

With the latest project, the investors are aiming to create between 1,300 and 1,500 new jobs in Russia, according to information obtained by the Hungarian ministry.

Should the poultry project be launched on schedule, the farm will be opened in 2018. The investors expect it will generate revenues of up to €20 million per year.

Marszel Hamzin, the founder and managing director of Ekoferma Zvenyigovo, said that the goal was to introduce quality poultry meat to the Russian market, and that the investors hoped to secure the support of local authorities for the initiative.

Russia’s Kirov province is located in the country’s autonomous region, the Republic of Tatarstan.

Set up in 1992, Hortobágyi Lúdtenyészto Zrt. is located in Hortobágy, in Hungary’s north-eastern part. Ekoferma Zvenyigovo is based in Kazan, the capital of the Tatarstan region.

Hortobágyi Lúdtenyészto Zrt. is not the only Hungarian company planning to expand into the Russian market, as indicated by the Hungarian ministry.

Local firm Hunland Trade Kft. is currently planning to set up a cattle farm in Russia. The firm is working with Russian business partners to launch its investment on a site of some 1,200 hectares, their statement said.