All news / January Update – what’s new in the world of pigs?

“Additives are beneficial for swine production,” that message can often be heard. Both Evonik as well as Trouw Nutrition aimed to dig a little deeper and both published a study this month to emphasise those benefits. In addition, Biomin opened a new lab and Boehringer Ingelheim a new purification technology. It all happened in January 2020. 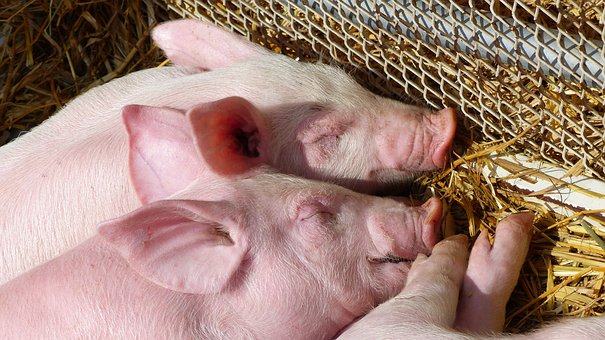 An Evonik and KPMG publication examined the impacts of swine production and outlined the potential societal benefits of using feed additives which reduce protein intake. Part of the analysis was based on pork production in China. Results show that using innovative feed for pigs could have effects on the industry’s social and environmental impacts. The analysis estimated the potential to protect societal value of another € 12.3 billion in the pig market in North Asia.

Biomin has unveiled a new China-Austria joint laboratory of animal nutrition in Beijing in cooperation with the Institute of Animal Sciences of the Chinese Academy of Agricultural Sciences. “The new laboratory affords us the opportunity to further advance research in the fields of animal nutrition, mycotoxin detoxification and gut performance,” said Jan Vanbrabant, chairman of executive board of the Erber Group.

Health company Boehringer Ingelheim developed DiaTec, a method to remove residual cell media components from the virus-like particles to obtain a highly immunogenic and non-virucidal vaccine. The method improves vaccine mixing capabilities on-farm. The possibility of freshly mixing vaccines is important for the Boehringer Ingelheim range; its Ingelvac Circoflex product (against Porcine Circovirus 2) can be freshly mixed with an M. hyo vaccine.

Animal health company Zoetis has introduced Individual Sow Care in the US market. That is an on-farm training programme that teaches caregivers and production managers the value of conducting health, welfare and performance assessments on every sow, from every breed group, every day. The customised one-day programme combines classroom instruction and hands-on training in the barn.

As African Swine Fever continues to be a major problem, cleaning and disinfection company, Intracare, tested the residual action of its virucidal product Multi-Des GA. Residual action, or the activity after the liquid has evaporated, matters as disinfectants may lose their activity upon drying, especially in hot climates. The picture below shows the result of the disinfectant after 24 hours, 48 hours, 72 hours and after 144 hours. No clear colony growth could be observed.

Surveys carried out by Anita Woolf, research student for Farmex ahead of the launch of Dicam2 at the British Pig and Poultry Fair, reveal that the portability of the app allowing changes to be made off site, and the fact that it would be free, are distinct advantages of the product. Dicam2 controllers are widely used to manage temperatures and other functions in livestock houses and crop stores, both in the UK and internationally.

DanBred has signed contracts with Korea Genetics and Farmway, both of which aim to help boost sales and support operations in the country. Korea Genetics has many years of experience in importing animals, and FarmWay is new in the genetics industry, but knows the Danish model very well. The company has been a long-time distributor of Skov ventilation.

Distribution deal between Magapor and Eversun

Magapor has signed a strategic contract with Shenzhen Eversun for the exclusive distribution of its technology, equipment, machinery, software and work systems in China. The contract was signed in Guangzhou with Mr Dong, manager of Shenzhen, and Juan José Mena, commercial director, as main signatories.

Charoen Pokphand Foods expects revenue to grow by 8-10% in 2020 due to the positive performance of overseas business. Also contributing to boosting revenues will be the consequences of African Swine Fever as pork prices in some countries should increase while the prices in Thailand tend to be sustained at 70 baht (US$ 2.27) per kg. The company aims to further expand overseas businesses to reach 800 billion baht (US$ 26 billion) revenue in 2023.