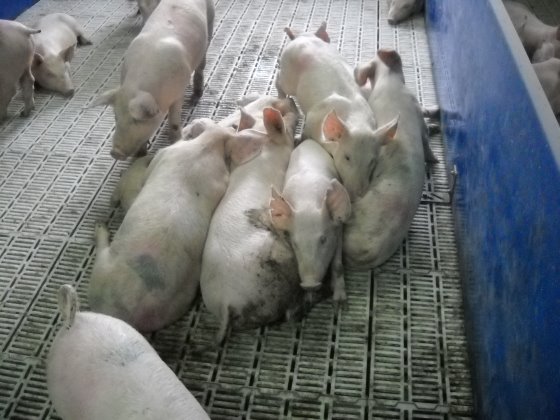 The executives of the country’s Association of Pig Farms believe situation in the industry could be changed for the better with the launch of a joint Research Genetic Selection-Hybrid Center, which is envisaged by the national programme for the development of agricultural business in Kazakhstan, named Agribiz-2020.

The genetic centre will be built in the coming 3 years and will focus on Yorkshire, Landrace, Duroc and Piétrain breeds, according to a press release sent out in July 2017 by the Kazakh Association of Pig Farms. A new genetic base will be established for the entire swine industry, aimed to gradually boost attractiveness of domestic pork for the country’s meat processing plants and also to change the landscape of the market.

One of the most important targets of the Association of Pig Farms, which at the moment unites 17 pig producers in Kazakhstan, is to avoid a situation in which farmers stand alone against all industry challenges and his profits being reduced to zero.

Kazakhstan’s pig population has shown a downward trend since 2007, according to data by the country’s State Statistical Committee. In the beginning of that year, pig numbers stood at 1.35 million, whereas on January 1, 2017, they were at 831,100.

Some years ago, Pig Progress did publish a feature of a fully integrated pig business in Kazakhstan.

Sergey Burkatov, the expert of the regional analytical agency Kazakh-Zerno, highlighted several reasons for the ongoing crisis in the industry.

• Firstly, he said, it is associated with the changes in the consumer preference, who are shifting towards reduced meat consumption.

• Secondly, the profitability of pig breeding business in Kazakhstan remains very low, because almost all pigs are concentrated at small-scale backyard farms.

• Additionally, there are strong challenges related to the purchasing of high quality and affordable feed for pigs in Kazakhstan.

• There is also a complete absence of export opportunities for the industry, which makes the landscape distinctly different from e.g. production of beef and horse meat.

• Last but not least, it is also believed, the continuing crisis in the pig industry could be related to a worsening general attitude to the pig breeding business, as the share of Muslims in the country has constantly been growing since 1991, when the Soviet Union fell apart.