All news / Kazakhstan to export pork to China

Kazakhstan and China signed a trade deal allowing Kazakhstan pig farmers to export their products to China, the Kazakh Agricultural Ministry said in a statement in September 2019. 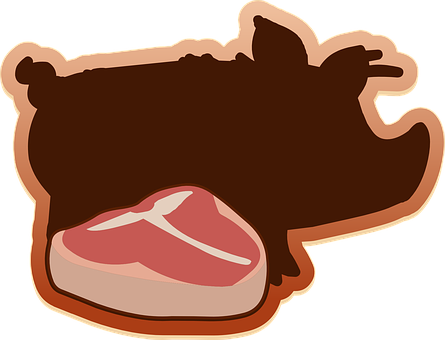 The 1st shipments are expected to be made before the end of the year, the ministry said, adding that “various products of the Kazakh-origin are in high demand in China thanks to their high-quality as well as for being natural.” In addition to pork Kazakhstan was allowed to begin the exporting of pig feed to China.

In 2019, Kazakhstan expanded agricultural exports to China by 41% as compared to the same period of the previous year to US$ 196 million, Kazakh deputy agricultural minister Gulmira Isaeva outlined that at a press-conference after signing the deal. So far, Kazakhstan has been exporting primarily cereals to China, and it is believed that meat products and feed also have a rather high export potential, Isaeva added.

The signing of the trade deal is important not only to expand export supplies, but also to attract more Chinese investments into the Kazakh pig industry, Isaeva said.

Kazakhstan may establish export of up to 100,000 tonnes of pork, if the country would be approved to supply live pigs and meat to the Chinese market, the Kazakh Union of Pig Producers forecasted earlier this year. The 2 most promising markets are China and Russia – both of which are struggling against the African Swine Fever (ASF) virus.

Kazakhstan is free from ASF, although during the past few years some outbreaks were registered in Russia not far from the Russian-Kazakh border.

These export supplies could drive the Kazakh pig industry out of a deep depression. The pig population in the country shrank from 3.2 million head in 1990 to only 850,000 head in 2018, the Union of Pig Producers estimated. Kazakhstan is a predominantly Muslim county, where the share of Muslim population has grown over the past 2 decades, negatively affecting pork consumption per capita.

Pig population could grow back to 2.5 million head in case if export projects would prove to be successful, the Union of Pig Producers said. In 2018, Kazakhstan produced 87,000 tonnes of pork, which arguably is the lowest figure since the Soviet times.

No banks were willing to issue loans for pig farms

In previous years Kazakh pig farmers have been repeatedly complaining that it was hard to run this kind of business in a Muslim country, as for example ‘no banks were willing to issue any loans under pig farms construction or modernisation’.

In 2017, the Kazakh government approved the construction of a Research Genetic Selection-Hybrid Center, which would breed Yorkshire, Landrace, Duroc and Piétrain breeds to help the domestic pig industry to avoid import-dependence on genetic material. That construction, however, is yet to happen.