An increase in the production of meat obtained from specialized cattle has been observed over the past five years, but the domestic consumer market is not ready to provide sales of premium products. If ten years ago, specialized cattle meat amounted to no more than 2% of the Russian herd, now it exceeds 17% and, according to the Ministry of Agriculture of the Russian Federation, in January-June 2019 increased by 8.4 percent. 280 tons of marbled beef are produced in Russia annually. 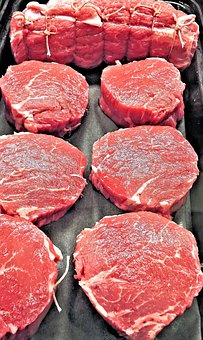 Last year, premium meat from Russia began to be delivered to Turkey. Besides Rosselkhoznadzor reached an agreement on the export of beef in Brazil. According to Sergei Yushin, head of the National Meat Association (NMA),  during negotiations with Brazilian officials  noted a lack of symmetry in trade and economic relations.

Dozens of Brazilian suppliers supplied meat to Russia, but none of the domestic enterprises had access to the market of this South American country. The first exporter of premium beef to Brazil was the Bryansk Meat Company of the Miratorg Agro-Industrial Holding, which does not exhaust the capabilities of the sector.

The Voronezh agricultural holding Zarechnoye has a prospect of entering the Brazilian market: about 60 thousand animals are kept on its feedlots, and the meat-packing plant produces  up to 40 thousand tons per year.

Negotiations with Brazil on the export of premium beef, which remains limited in demand on the domestic market of Russia, are ongoing. At the same time, by the end of 2019, a decrease in imports of cattle meat - primarily beef on bones - from far and near abroad by 5-10 percent is expected.

As Sergey Yushin explained, for the successful development of foreign economic contacts of the Russian Federation, it is necessary to obtain the status of a country free of spongiform encephalopathy (mad cow disease).