The top 5 companies produced about 78% of total turkey meat production in the country. 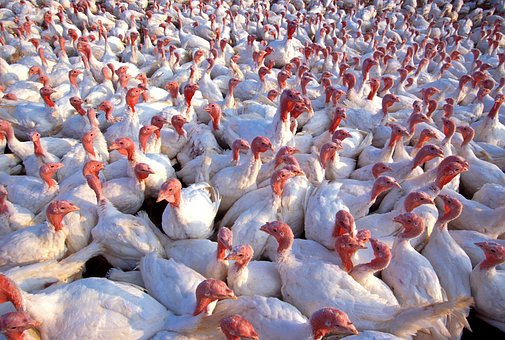 The top 5 largest turkey producers in Russia produced almost 224 thousand tons of turkey meat (hereinafter referred to as slaughter weight) last year, reports Agrifood Strategies consulting agency. According to the results of 2018, the market leaders in total produced 213.4 thousand tons of turkey. Thus, the five leading players accounted for 78.5% of the total production in the country, last year it decreased slightly to 77.7%.

Turkey production is growing at the fastest rate compared to other types of meat. As follows from a study by Agrifood Strategies, over 288 thousand tons were produced last year, which is 6% more than in 2018. For comparison, the pig breeding sector added 5.1%, beef production increased by 0.8%, poultry meat in general - by 0.6%. The total production of livestock and poultry for slaughter increased by 1.9%.

According to the president of Agrifood Strategies Albert Davleev, in 2019 the industry experienced a slowdown in growth rates: earlier it added more than 25% per year. “The decrease was due solely to the suspension of two of the five leading suppliers of turkey poultry to the Russian market - Eurodon and the Bashkir poultry complex named after M. Gafuri, who jointly produced up to 70 thousand tons of products annually, ”says Davleev.

Nevertheless, due to the growth in production of other players, the volumes that were lost were compensated.