All news / Moldova after ASF: trade, campaigns and causes

2 weeks after the first-ever outbreaks of African Swine Fever in Moldova, the country is trying to manage the virus as good as it can. Prices of pigs have come down, and at the same time information campaigns have been started and more clarity has been obtained on the causes. 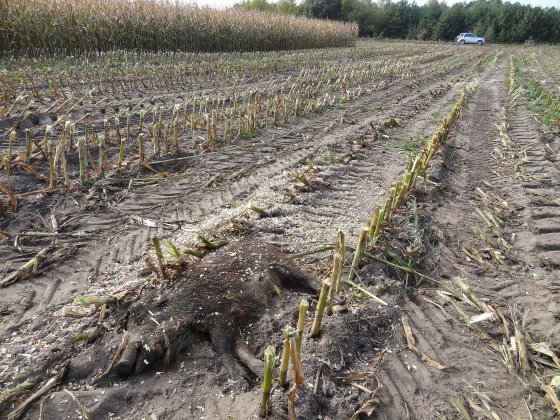 When speaking to the local media Sputnik, Anatoly Tretiak, the president of Moldova’s Association of Meat Importers (AMI) said that the purchasing price of pigs has dropped 2-3 Moldovan leu (US$0.09-0.14) per kg liveweight.

No effect on retail prices

The situation has not affected retail prices, Tretiak added, as wholesale buyers of pork are not reducing the prices on the market even though purchasing prices have come down.

The virus was found on 2 backyard farms in the north of Moldova, 2 weeks ago. At the moment there it is entirely unclear whether ASF is also present in other regions of the country. AMI believes that the backyard farms run the most danger, as they are virtually unprotected against the virus.

Most danger from small farms

Large farms, Tretiak said, can protect their facilities with veterinary cordons, but farms applying for backyard feeding could potentially bring a lot of problems to the industry. He indicated that, in case farmers notice their animals to get sick, they most likely will cull it and put it up for sale at the nearest marketplace.

The outbreaks may lead to farms ceasing to exist, Tretiak said. Most farmers are not insured for an outbreak, as ASF is considered a ‘large incident’. In addition, in case of further spread of ASF, the state of Moldova will not reimburse losses.

Nevertheless, AMI does not anticipate large trade problems caused by recent export restrictions on pork from Moldova to Russia, Ukraine and Belarus. AMI’s statistical data suggest in recent years the amounts of exports were rather low anyway. Moldova relies more on pork imports, purchasing this meat primarily from Denmark, Germany, Belgium and Brazil.

Cause of the ASF outbreak

A quick investigation following the outbreak showed that the ASF outbreaks in Moldova were most likely caused by chilled pork, bought in Ukraine by a Moldovan citizen, and subsequently brought into the country. This information was shared by Eduard Grama, minister of agriculture and the food industry, at a press conference late last week.

He also called on Moldova’s citizens to consider the threat of ASF seriously, since it may bring heavy problems for the country.

Vsevolod Stamati, deputy director of the National Food Safety Agency (ANSA), disclosed that his organisation launched a campaign around ASF, in an attempt to inform all market participants, farmers, municipals officials and other people about the threat associated with the disease and how to prevent it.

Stamati added that Moldova at the moment has no any veterinary laboratory, able to confirm the presence of ASF in pork. As the result, ANSA has to send all samples from suspicious cases to Spain and wait for the outcomes. In his view this largely complicates the process.