All news / Moldova complains about ASF threat from Ukraine

Moldova’s first African Swine Fever (ASF) outbreak in 2017 was reported recently in a backyard farm in Rublenitsa village, Soroca district, in northern Moldova. The country points to Ukraine as the source of the virus.The outbreak, discovered in mid-March, affected seven pigs, according to the country’s National Agency for Food Security. 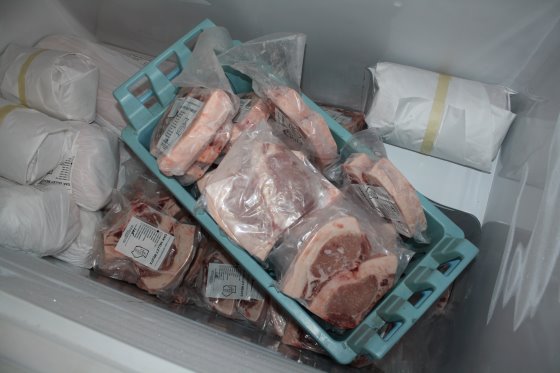 Vsevolod Stomaty, the head of the National Agency for Food Security, told the regional media Sputnik that presumably the new outbreak is related to infected products, delivered from Ukraine. The situation was very similar to what happened last year, when the first outbreaks of the disease in the country could be explained by the ‘human factor’ and problems with ASF in Ukraine.

The National Agency for Food Security said that some Moldova citizens consumed infected pig meat in Ukraine, and had subsequently travelled into Moldova, bringing in the virus on their hands and clothes. Stomaty did not disclose exact details as to how he thought the virus had been imported into the country.

Officially, pig and pork imports from Ukraine into Moldova are forbidden. Nevertheless, there is quite a lot of illegal cross-border traffic. There are known cases of customs staff discovering trucks trying to bring in pig-derived produce into Moldova from time to time.

The possibility of huge losses

Stomaty feared that the spread of the virus in the country might bring enormous problems for pig producers. He said that his service set up a quarantine area in Rublenitsa village, where 17 pig farms with 3,000 pigs are located. The restrictive measures, associated with a quarantine, could impact the regional trade, because the village supplies pork to all over the region, including to the city of Soroca.

At the same time, the situation regarding the spread of ASF in the country is under personal supervision of the Moldova prime minister Pavel Filip, Stomaty indicated - as this is a real threat for the country’s pig farmers. He stated that Moldova now accounts for nearly 500,000 pigs in total and the consequences of the virus spreading across the country could be very serious.

Speaking at a press conference in Chisinau a month before, Stomaty stressed that the first outbreaks of ASF were reported in the country in 2016, and which had withdrawn any export potential for Moldova’s pig industry. He expressed hopes that in the future the country would be able to restore exports, saying that this would require the absence of new outbreaks until the end of 2017.

Stomaty emphasised that Moldova faces a huge ASF threat further penetrating into the country through its neighbour Ukraine. He recalled that since the beginning of the year there were nearly 162 outbreaks of the disease on the east border, claiming that in fact ‘almost every day’ new outbreaks could be registered, including in the bordering Vinnitsa region.