The Ministry of Agriculture intends to continue exempting imported beef from duties for 2023. FBA "Economy Today" will talk about the boomerang effect from "rescue measures". 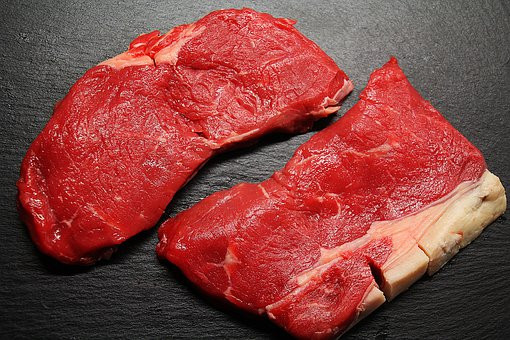 The ministry's initiative to extend the duty-free import of beef into Russia will be considered by the Ministry of Economy. As planned, this measure was supposed to contain prices in the domestic market, because earlier there was a shortage of products in the country. But the opinion of meat producers does not coincide with the position of representatives of the Ministry of Agriculture: due to the unhindered import of imported products, the profitability of their own production has dipped.

Duty-free importation of foreign-produced meat “pressed down” purchase prices, which does not arouse the enthusiasm of enterprises to increase capacity and diversify production, Roman Kostyuk, director general of the beef producers' union, told the FBA “Economy Today”.

“If we are talking about the fact that the main thing for the country is the creation of jobs, the stability of the rural economy and the possibility of increasing domestic production in order to solve the problems of the country, then duty-free import of meat does not solve this problem. On the contrary, against the backdrop of a sharp decline in the value of the dollar against the Russian currency, when foreign products in terms of rubles have become cheaper than they used to be, this means that affordable foreign-made products will enter the Russian market. This is beneficial for meat processors, but does not affect the cost of expensive sausages and semi-finished products,” the source said.

According to the head of the profile union, with a decrease in the price of raw materials, the products on the store shelves for some reason did not fall in price. According to the expert, the measure of the Ministry of Agriculture was useful only to a small number of processors, and is unlikely to help the agricultural sector and food retail in general.

“If we have dumping prices for raw materials produced in the country by farmers, and over the past 9 months this has not affected the cost of products in stores, it turns out that by abolishing import duties on beef, we are solving the problem of a narrow group of processors. And we have already imported more than 70 thousand tons of the same Brazilian duty-free beef, and at the same time we have not seen a drop in the cost of meat and products from it, ”commented the expert.

According to the head of the Union of Beef Producers, at the moment, the purchase prices for this type of meat have dipped by 20%. Against the backdrop of declining purchasing power of the population, the situation actually gives a signal to domestic producers that there are either no mechanisms for compensating agriculture, or they are slipping.

“As a result, we have a lack of interest among farmers to engage in animal husbandry in the depressed regions of Russia. It turns out that semi-finished products are more important to the market than fresh meat. And here the question arises: are we interested in sausage or farmers? Unfortunately, so far there is no strategy, correct tactics in this matter, ”said the representative of the Union.

The expert is sure that in order to support domestic meat production, it is necessary to motivate farmers to invest and engage in competition. The speaker also suggested that it is quite possible to reduce meat prices in the country.

“The experience with poultry and pork has shown us that when there is an overproduction of raw materials, prices begin to fall. And now, without waiting for the development of the livestock sector and meat production, we are dumping someone else's beef, excluding the possibility of the industry to recover and achieving self-sufficiency,” the speaker concluded.

The abolition of duties on imported beef was introduced in January for 12 months to contain prices and increase domestic production, but so far this effect has not been observed. According to Rosstat, over the past period of 2022, Russian farms produced 3.3% less products than in the same period of 2021.