The cattle disease peste des petits ruminants is not yet under control and lumpy skin disease keeps spreading. This is according to the World Organisation for Animal Health (OIE). 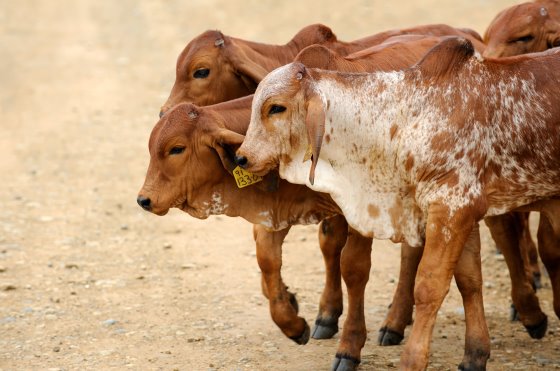 The situation of global animal health was presented in Paris last week during the 86th OIE General Session. The disease data is based on the reports submitted to the OIE by Member as well as non-member Countries between 1 January 2017 and 6 May 2018. Particular attention was paid to specific diseases subject to global control or eradication efforts, or diseases of major interest, including: the global epizootic of highly pathogenic avian influenza (HPAI) in birds, rabies, African swine fever and the emerging disease Tilapia lake virus disease.

Regarding ruminant diseases the OIE gave an update on the following:

1. Peste des petits ruminants (PPR) is one of the priority diseases identified by the GF-TADs (FAO-OIE Global Framework for the progressive control of Transboundary Animal Diseases). A Global Strategy for its control and eradication by 2030 was adopted in 2015. Since this date, outbreaks have been reported in previously non PPR affected countries, which shows the urgent need to improve the prevention and control measures as defined by the Global Strategy.

2. Foot and mouth disease (FMD) remained one of the 3 most frequently notified OIE-listed diseases, during 2017 and early 2018. The disease was reported present, under 5 serotypes, in 34% of the 184 reporting countries and territories.

3. Bovine tuberculosis, a zoonosis caused by Mycobacterium bovis is traditionally recognised as a public health issue and is a source of economic damage to livestock owners. It has been successfully controlled or eradicated in domestic animals in many countries. However, the disease remains prevalent in domestic animals or wildlife in parts of Africa and Asia and the Pacific, as well as some regions in the Americas and Europe. In 2017 and early 2018, the disease was reported present by 43% of the reporting countries and territories and is distributed in every region of the world. A Roadmap for Zoonotic Tuberculosis was launched in 2017 by the OIE and its partners, to support the worldwide effort needed to end the global tuberculosis epidemic.

4. A significant spread of lumpy skin disease (LSD), a devastating disease of cattle, occurred over the last few years, in previously unaffected countries, particularly in Europe, which is now considered a new LSD-affected region in addition to its traditional range in Africa and the Middle East. The prevention and control strategies in the recently affected areas have proved to be effective since no new country reported the first occurrence of the disease during 2017-2018. Nevertheless, the OIE encourages its Members in at-risk areas to initiate vaccination campaigns ahead of virus entry and to continue timely reporting of all outbreaks through WAHIS. Timely sharing of information on LSD serves the purpose of ensuring a good epidemiological understanding of the current risk situation for preparedness purposes.

OIE’s official disease status can be issued for 6 priority diseases and are of major importance to OIE Members. Recognised by the World Trade Organization (WTO), as reference standards in the field of animal health, these official status reflect the level of transparency and quality of the Veterinary Services of the country, increase the value of its livestock sector and facilitate access to regional and international markets. At this year’s General Session, the World Assembly of OIE Delegates distributed 11 certificates to 10 countries for official disease status recognition:

No control programmes were endorsed this year. All recognised disease status can be found online. In addition to official status recognition, new procedures for self-declarations of disease freedom by countries were recently made available. Under the responsibility of OIE Members, self-declarations provide a way to enhance transparency and to give visibility, in a timely manner, to the absence of diseases in countries.