All news / Over 100 pedigree Irish Herefords depart for Russia

A total of 100 pedigree Irish Hereford heifers, which are in-calf, and one pedigree Hereford bull have departed Ireland for Russia this week. 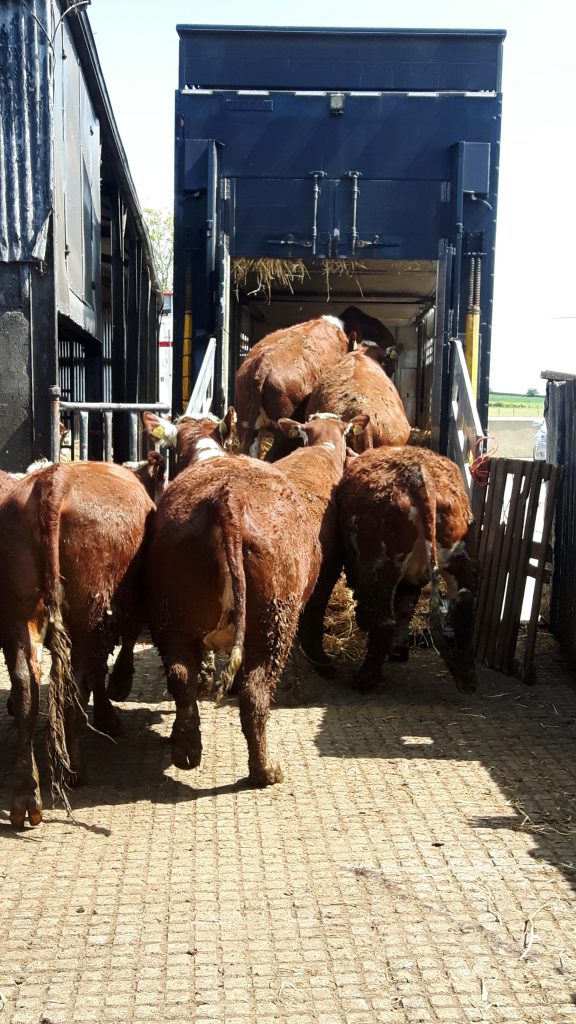 This is the second consignment of pedigree Irish Herefords, destined for Russia, to leave Ireland in the past month.

The latest consignment of cattle is set to travel to Shulgino, Volokolamskiy near Moscow in Russia. This group will travel a half an hour further east, bringing them closer to Moscow, than the group which travelled in April.

Once again these cattle were shipped through Hubert Maxwell and Co. in Co. Roscommon, according to the Irish Hereford Breed Society.

Hubert’s son, Michael, said he was ‘more than pleased‘ with how the heifers had performed in quarantine over the past number of weeks.

He also paid tribute to officials from the Department of Agriculture, Food and Marine in Co. Roscommon, who oversaw the arrangements.

Department officials carried out all of the relevant inspections, ensuring that all requirements were met.

The exported heifers have a diverse pedigree, thanks to being chosen from a wide selection of herds across the country; this ensured the inclusion of several different bloodlines, the society said.

It is expected that the journey will take eight days; several rest stops are scheduled in their journey across Europe, in order to ensure that the animals arrive in top condition.

Each truck has two drivers and the transport company used on this occasion is called ‘Elspeda’, the same Lithuanian company which was used for the last consignment.

The Chairman of the Irish Hereford Breed Society, Willie Branagan, was on hand to see the heifers before their departure and to assist with the loading of the animals.

Having met with the Russian buyers when they were in Ireland in January of this year, Branagan is confident that they will be pleased with the heifers on arrival.

Given the success of the partnership to date, there are expectations that another larger consignment will travel later this summer.

The logistics of summer travel are currently being worked out, as well as the necessary travel permits, according to the society.