More than 60% of Russians spend about half of their monthly income on food, according to the results of the survey conducted by the Analytical Center of the Synergy University, made available to TASS on Thursday. 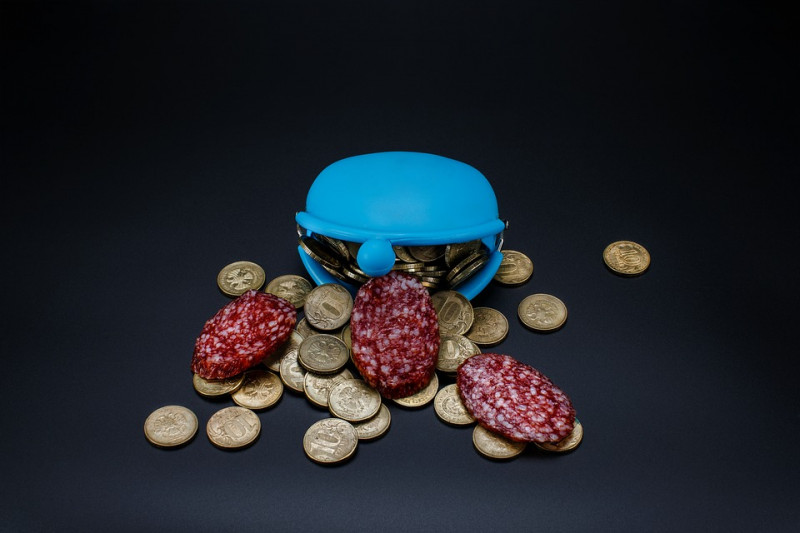 "60.4% of Russian citizens spend about half of their monthly income for food, 16% spend almost all their earnings on food, and 14.8% about a third of their income. Another 8.8% spend no more than 20% of their budget on food," the analysts said.

And 96.3% of respondents drew attention to the rise in food prices. In their opinion, vegetables, fruits, dairy products, meat, and vegetable oils have risen most of all. To a lesser extent, Russians felt the increase in the cost of fish, sugar, grain, and pasta. "The survey participants named the factors that could contribute to the growth of inflation in Russia. We are talking about the weakening of the ruble (36.1% answered), price hikes in retail chains (31%), the orientation of manufacturers to export goods to the detriment of domestic consumers (26,3%), and high inflationary expectations of the population (6.6%)," the analysts said.

According to the respondents, resellers (32.8%) and retail chains (26.3%) are primarily responsible for the rise in prices, while 77.1% of respondents expect an increase in food prices in the coming month. Out of the respondents, 21.5% believe that inflation in Russia will remain at the current level. Another 1.4% believe in the imminent reduction of prices in stores.

"To stabilize the situation with food prices, 25.8% of respondents proposed to raise wages to the level of inflation, and 24.9% to actively fight those that hike food prices. And 20.2% of survey participants spoke in favor of state price regulation. As other measures to reduce inflation, citizens mentioned the restriction of monopolies (19.2%), tax cuts (6.1%), and interest rate adjustments (3.8%)," the analysts said.