For the week from June 18 to June 24 of this year, the average price for chicken eggs in Russia decreased by 0.5%. Thus, compared with the level of the beginning of the year, products have already fallen in price by 13.86%, follows from the data of Rosstat. 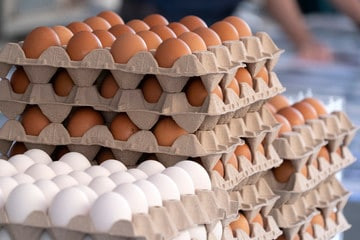 The cost of pork also continued to decline, over the past week its average cost has decreased by 0.4%, while compared to the level of the beginning of the year, products remain more expensive by 0.64%.

During the same period, powdered milk formulas for baby food fell by 0.6%, while by January 2022 they are still 16.79% more expensive.