The average price of pig feed in Russia has reached historic lows in December 2017. This has led to higher Feed Conversion Ratios. 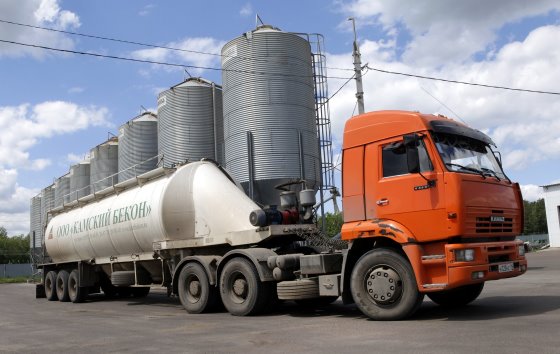 According to data released by the Russian Unified Interdepartmental Statistical Information System (EMISS), pig feed cost 12,437 roubles (US$220) per tonne, 10.4% down when compared to December 2016.

This is the lowest level registered since the beginning of the current economy crisis in Russia in 2014. Prices have been falling steadily since August 2016, when feed prices reached its zenith at 15,335 roubles (US$271) per tonne, according to EMISS.

In the first place, feed prices have fallen due to Russia’s record-breaking grain harvest in 2017, according to Mr Afanasiev. Prices for feed and barley on the domestic market were about 30% lower last year compared to 2015, as reported by the Russian State Statistical Service.

Corn harvests, on the other hand, were lower as Russia collected only 12.1 million tonnes of corn in 2017. That amount was insufficient to meet the needs of the domestic feed industry, Mr Afanasiev said.

Against that background, the share of grains in pig feed in Russia reached on average 70%, Mr Afanasiev stated. In total, in 2017 Russia produced 10 million tonnes of pig feed, up by 8.7% compare to the previous year, he added.

According to Russian analysts, the low grain prices have had a negative influence on the pig industry’s average Feed Conversion Ratio (FCR).

Russian companies have been trying to cut feed costs by reducing expensive components and replacing them with cheaper grain. That was stated by Tatiana Stepina, executive director of the Russian Union of Feed Producers, in the Russian newspaper Agroinvestor.

This meant that the animals consumed more feed, but it was economically justified, as it reduced the final cost of pork production, Ms Stepina said. Some pig farms in Russia were feeding their pigs up to a slaughter weight of 120-130 kg with this high FCR, she added.

On average, Russian farmers needed 5 kg of feed to produce 1 kg of pork in 2017, Mr Afanasiev said. It is believed that by 2025 the average FCR in Russia’s industry will drop to 3.2. On top of that, already in 2017 some most advanced farms in Russia were reporting about an FCR being a lot lower, Mr Afanasiev said.

Also speaking at the MVC trade fair, Nadezda Durigina, spokesperson for the Russian ministry of agriculture, estimated that the average 2017 FCR in Russia’s pig industry was around 3.6. She did add, however, that ‘it was very high’.

Ms Durigina expressed confidence that with the active use of new feeding practices the FCR will be falling steadily in the years to come.