All news / Putin said that Russia has already achieved a level of self-sufficiency in meat of 100.8%

According to the president, in accordance with the doctrine of food security, the level of self-sufficiency in meat products should be at least 85%. 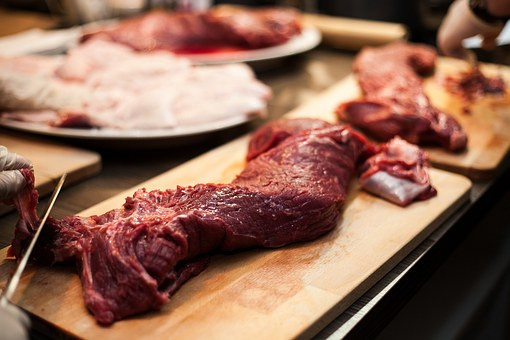 The level of Russia's self-sufficiency in meat products this year has already exceeded 100%, Russian President Vladimir Putin said on Monday at an event on the development of domestic selection and genetics.

“We have a level of self-sufficiency in meat, meat products <…> in accordance with the doctrine of food security should be at least 85%. And this year we have already achieved 100.8%, and this is, of course, an indicative, good result, with I congratulate everyone who works in this direction," the head of state said.

He drew attention to the fact that the indicators of provision for milk and dairy products are 84.3%, although "the task was a little higher, under 90%." “But if we talk about the fact that we have very good and, I would say, without any exaggeration, allied relations with Belarus in all areas, then this part is largely covered by supplies from Belarus, and I don’t see anything special here. On the contrary If our friends in Belarus have such opportunities, we just need to use it, and that's it," the President of the Russian Federation is sure.

Putin specifically focused on the projected volume of exports of meat products this year: 550,000 tons, or $1.5 billion. According to him, Russia is now working to ensure that its pork producers have access to the Chinese market. "But I draw your attention to the fact that thanks to our joint work with Chinese friends and partners, we have already discovered the Chinese markets for poultry meat, beef, we work well with Vietnam, where poultry, beef, and pork are open to us. We will work and further," he said.

The President cited indicators of the level of self-sufficiency of the Russian Federation in domestic breeding products. According to preliminary estimates, by the end of 2022, the country's self-sufficiency in dairy cattle will be 64%, and in beef cattle - 98%. In particular, for pork meat this figure will be 84.6%, sheep - 98.5%. "This means that there are obviously results. But there is also something to work on," Putin summed up.