All news / Questions you were afraid to ask about antibiotics

Antibiotic resistance has been a contentious issue in the livestock sector for many years. Here, Alltech’s Chief Innovation Officer, Aidan Connolly, tackles some challenging questions about the use of antibiotics in rearing animals. 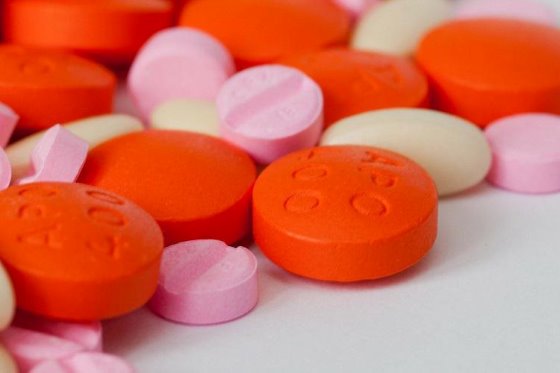 Question 1: Why are antibiotics in animal feed in the first place?

Antibiotics have been good for the world. They have been instrumental in allowing humanity to enjoy a standard and quality of life unimagined prior to their discovery. Initially, antibiotics allowed us to control life-altering and fatal diseases in humans.

Secondarily, they have facilitated the development of a modern, safe and efficient agricultural system that produces food economically, affordably and plentifully for most of the 7 billion people on the planet.

When farmers began putting antibiotics in the feed of animals in the 1950s they did so initially because it resulted in lower mortalities but quickly they also noted their animals grew faster, requiring less feed. Veterinarians later observed better intestinal health and less inflammation during autopsies and surmised that the improved animal performance was most likely due to the more efficient absorption of nutrients in the intestine of those animals.

Question 2: Where does resistance come from?

The simple definition of resistance is “the ability of microbes to resist the effect of antibiotic drugs” and the mechanisms by which bacteria become resistant and pass on that resistance to other bacteria are relatively well known. Bacteria adapt very quickly to the environment, so when antibiotics are used continuously, the bacteria they are meant to kill can adapt, survive and replicate making it extremely difficult to kill the remaining bacteria. Resistance can develop through selective pressure (that is, when antibiotics kill some but not all of a bacterial group), mutation and gene transfer. These 3 mechanisms can also combine, as when bacteria not only become resistant to antibiotics, but also start to pass that characteristic on to other bacteria present in the gut.

There are many sources of resistance with examples in humans and animals, including the inappropriate use of drugs or inadequate diagnostics in hospitals or veterinarian situations, the use of antimicrobial soap in bathrooms, the use of zinc oxide or copper sulphate in the diets of animals, and the use of chlorine in water of humans and animals alike. Scientists have demonstrated that these and any substances that create pressure on a microbial population lead to changes similar to the passage of resistance.

Overall, humans are the main source of resistance, due to the misuse of antibiotics, not using them for the time period recommended by their doctors, or not using the recommended dose. Hospitals and homes for the elderly have become hot spots of resistance, which puts older people, very young people and immune-comprised people who are the least capable of fighting off infection without antibiotics at the highest risk.

It is clear that antibiotic use in humans is not uniform. For example, looking at a map of the US, antibiotic misuse per 1000 people tends to be concentrated in the eastern part of the country rather than the west, with over-prescription particularly prevalent in the South and Midwest. Recent studies indicate that an average of 506 antibiotic prescriptions are administered per 1000 doctor visits, while experts concluded that only slightly more than half of these prescriptions were actually necessary or appropriate.

In animals, resistance works the same way, and the passage of resistance from animals to humans can occur through contact with live animals or environmental contamination. (In 2005, the CDDEP found that when antibiotics are fed to animals 90% go through urine and 75% were found in faeces; more recently antibiotic resistant bacteria have been found in water systems, waste treatment and in dust carried by air.) It also seems to be possible for resistance to be passed through the consumption of meat, milk and eggs from contaminated animals (for example, a US study found that 53% of grocery chicken contained antibiotic resistant E. coli).

Farmers are often irritated that activists focus on antibiotics in animal food, when the majority of resistance come from human misuse/overuse/abuse, but the general public finds it easy to agree with Prince Charles (speaking to the Royal Society in London) when he said, “I find it difficult to understand how we can continue to allow most of the antibiotics used in farming, many of which are also used in human medicine, to be administered to healthy animals.”

Read the rest of Aidan Connolly's post, including the next five questions and answers, here.