Rising disease pressures are challenging the global market, specifically African Swine Fever (ASF) which continues to negatively affect production in Asian countries and adds uncertainty to trade and production prospects in other parts of the world. This was one of the key messages from Rabobank’s RaboResearch quarterly report. 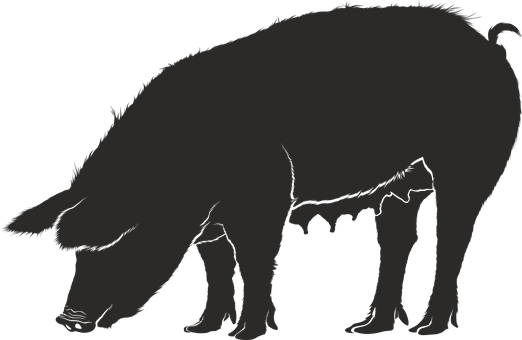 ASF continues to threaten the global pork market, the Rabobank quarterly reportstated, and while China’s pork prices begin to rise, production responses in the rest of the world appear cautious. Other factors, including disease management and the weather, are hindering production in Europe and Brazil. The resumption of Sino-US trade negotiations is a positive development, implying a chance for China to review tariffs on US pork imports.

In Asia, Rabobank estimates China’s current herd loss is 40%, year-on-year, and may expand to over 50% by the end of 2019. However, due to a large slaughter earlier in 2019, it it is expected that the country’s pork production will drop at a slower pace, down 25% for the year with an additional 10 - 15% decline in both herd and pork production in 2020. Meanwhile, ASF is spreading rapidly in Vietnam, Laos and Cambodia while new cases were recently detected in North Korea. The report estimates that all Asian pork herds are at risk of ASF within the year. Europe remains challenged by ASF outbreaks but mainly in wild boar. The report adds that disease pressures are expected to affect global animal protein production for more than 5 years, and in the case of China, it may take even longer (Figure 1).

The unprecedented supply loss in China has altered global trade flows, and will continue to do so. China is the world’s largest export destination and in the first 5 months of 2019, EU exports to China were up 41% year-on-year, the bank’s analysts wrote.

Market speculation has contributed to the volatility in international prices and the pressure for further price appreciation will force traditional pork importers such as Mexico, Japan and South Korea to proactively compete for pork supplies, resulting in higher costs.

The Rabobank highlights changes in market access and trade policies as major driving forces that will continue to impact trade flows.

As ASF contiues to spread in China, prices are starting to rise, indicating tight supply. Since mid-June, live hog prices have increased – 40% higher than in 2018.

Large inventories of frozen meat continue to pressure prices and weigh on market returns. Pork imports in May increased substantially with more shipments expected in the second half of 2019.

In the USA, a large breeding herd (Figure 2) and improvement in productivity is expected to cause a 5.5% rise in pork production in the second half of 2019, year-on-year. Rabobank added that the resolution of trade terms of Mexico and Canada should boost exports, and the resumption of trade negotiations with China is positive, however, labour shortages remain a key constraint.

Meanwhile, the spread of ASF in Eastern Europe is discouraging expansion and high temperatures are slowing production growth, contributing to better market prices. Exports have increased from most member states, mainly driven by strong demand from China.

Demand from China and Russia are driving exports from Brazil and while exports outpace production growth, the report noted that domestic pork prices increase.