Global poultry trade could face its largest shake-up in decades this year with Brazil bearing the brunt. 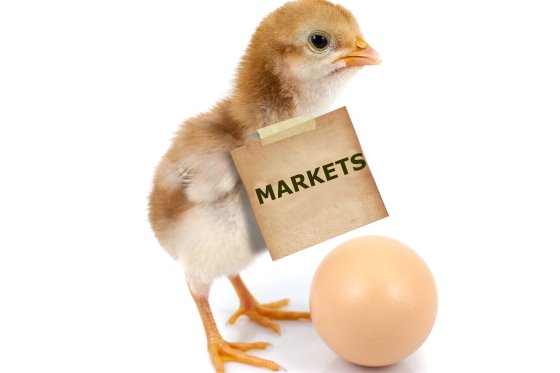 While most industries have performed well in the first 3 months of the year, major drivers including the follow up to Brazil’s weak-flesh investigation, including restrictions on EU trade and a pending ban on stunning in Saudi Arabia that could affect both Brazil and the EU, are among key issues facing the global sector identified in the latest Rabobank report.

The ‘Poultry Quarterly Q2 2018: A Massive Global Poultry Trade Shake-Up’ report also highlights the ongoing NAFTA renegotiations which could affect North American poultry trade and Chinese investigations into poultry dumping by Brazil as factors that have the potential to shake up global trade streams and heavily affect prices later this year.

But it is Brazil that will be the most affected country. Poultry exports declined by almost 8% in the first 2 months of the year and during this period Saudi Arabia, a key importer, reduced its imports of Brazilian poultry by 12% in volume terms while the EU – the fourth largest destination – declined by 38%. There were a few positives with China, the UAE, South Africa and Mexico increasing their imports.

However, while Brazilian authorities have done their best to clarify that the ongoing federal police investigation dubbed ‘weak flesh’ is restricted to irregularities that occurred in the past, it is possible that overall exports could be negatively impacted. Some Brazilian chicken facilities have been audited by various importers.

There have been signs of recovery in Brazil’s domestic market, which are likely to continue, but export performance continues to be crucial for local prices. In February, wholesale chicken prices were 14% lower than in the same period last year while feed prices were 10% higher due to expectations of a lower corn supply this year.

Given these shake-up factors, Brazil’s position in global trade is set to be challenged. The country is currently the world’s leading poultry exporter, with 35% market share.

The US position could be challenged if NAFTA renegotiations lead to restrictions on US-Mexican poultry trade. Mexico is the largest export market for the US taking 20% of the 3m tonnes of poultry exports, while Canada takes another 5%.

Rabobank says that if NAFTA negotiations result in trade restrictions the US will be challenged to find new markets globally and this would likely result in falling dark-meat prices.

Margins currently remain acceptable and modestly above break-even but volatile grain prices in recent weeks – due to drought-related production issues in South America – make profitability less predictable although prospects of a large US crop are good. As a result, the bank’s outlook for 2.2% growth in the US broiler industry remains intact.

Traders in Europe and the Middle East have been substituting Brazilian poultry with other supplies, mainly from Eastern Europe. The findings from EU auditors of violations of EU import regulations, particularly around salmonella, are set to be a substantial for Brazil.

Further change is underway for global trade as both Saudi Arabia and the United Arab Emirates (UAE) are currently implementing a stricter halal standard, which will ban the stunning of poultry. This will not only affect the whole bird market in Brazil, which contributes 65% of all imports to this market, but the EU, Ukraine and the US.

But the EU sector is performing relatively well although margins have been impacted by rising feed prices (+3%) and a seasonally weaker market demand during the first quarter of the year.

However, there is a good supply-growth situation, aided by last year’s multiple avian influenza outbreaks. The improved trade balance has also been positive, with exports continuing to rise for 2 quarters in a row, reaching the highest ever quarterly export level of 450,000 tonnes. Total exports have reached 1.7m tonnes (+3%) with strong demand from Ukraine, Hong Kong, Vietnam and Africa.

Price of white feathers broilers up

China’s poultry market performance has improved greatly in recent months with white feathered broiler prices 40% higher than the same period last year ensuring that all of the supply chain will be able to make profits.

Market in the poultry market

Improvements in the poultry market are mainly due to lower production after destocking in recent years and recovering market demand. Fewer AI cases and compulsory vaccination of H7N9 from last year, aided by the closure of live-bird markets on biosecurity grounds, are believed to have contributed to the fall in bird flu.

Rabobank said that regional industries were still performing well, especially in South Africa, despite the huge listeria crisis, and Mexico, but also counties like Indonesia, India and Japan. On the flip side, Russia and Thailand are suffering from oversupply after industry expansion, though they will be looking to capture some of Brazil’s lost market share in global trade.