Global poultry trade is expected to remain particularly volatile in the next quarter due to ongoing turmoil in Brazil and rising US-China trade tensions. 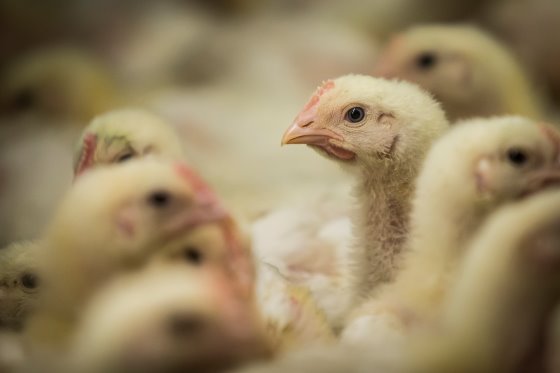 But many local industries are still performing well as supply in regions like the EU, South Africa, Mexico, Indonesia and India is well-balanced, creating good, profitable conditions for the industry.

Rabobank’s senior analyst animal protein Nan-Dirk Mulder said in the latest quarterly bulletin that he expected to see Brazilian exports drop at least 10% due in part to the trade restrictions set by the EU, China and the Middle East.

China’s tariff on US soybeans is also expected to push up Brazilian feed prices and the domestic sector has suffered from a major truckers’ strike, which led to a culling of 70m birds. Production this year is likely to fall in Brazil by 3%, the report adds.

Mr Mulder said the US-Chinese trade levy dispute – in response to US taxes on Chinese imports – is a key element for the future outlook.

“If the dispute is solved, one of the scenarios is a potential return of the US to the Chinese market. The US can take over some of Brazil’s more challenging exports to China, after introduction of the country’s safeguards.

“In case the dispute is not solved, one scenario could include taxes on US agriculture products, much like the soybean tariff. This really could change trade again, and it could be a real worst-case scenario for Brazil: costs might suddenly rise, as China might look to Brazil to buy soybeans – and this will raise local prices.

“The import-levy scenario has become more likely in recent days. It will likely lead to changes in trade streams whereby especially eastern Europe, Thailand, US and the EU are well-positioned, while the position of Brazil and Argentina will be challenged.”

Commenting on local markets, the report highlights that the US poultry sector remains profitable despite a slowdown and mixed export performance. Growth expectations for the whole year for the broiler sector are being lowered however, reflecting slower growth in both slaughter and weights through the first half of the year and expectations for a more gradual increase in production over the back half of 2018. Ongoing hatchability issues – down 3% year on year – are gradually being offset by larger egg supplies as integrators plan for capacity expansion.

The improved EU situation is partly down to the shifting trade conditions. The EU market for breast meat has become very tight, and local companies have seen prices go up, which supports the margins of the EU industry. Others who can supply chicken to the EU will benefit and it is expected that total EU imports will fall this year from 800,000 tonnes to 700,000 tonnes.

Rising feed costs (+2%) are more than enough offset by rising broiler prices (+3%) in quarter 2 compared to quarter 1. And the bank expected to see a further rise in production in Europe of between 2-3% as a result of new complexes coming on stream in eastern Europe, particularly Poland. Exports are also expected to remain strong as former avian influenza restrictions are gradually being removed.

China is set to see ongoing profitable conditions due to limited breeding stock supply and AI vaccinations. While the industry will stay profitable, there will be a limited upside due to the low pork prices and limited chicken-market growth.

And in Russia the poultry industry is in a transition stage, moving from fast growth – fuelled by local market growth and import substitution – to a more mature market development stage, where attention should focus on value improvement and exports.

Prices in Russia have so far been weak and many Russian companies have struggled with declining margins but Rabobank says the current conditions are starting to turn, with improved supply growth discipline and some upcoming demand growth linked to the World Cup. Ongoing growth in exports is also positive with the Middle East and Asia taking more product. Further, increased market access – like the recently opened Iraq and Singapore markets – will support Russian exports over the next 12 months.