By the end of 2016 the poultry industry in Russia was rocked with several huge outbreaks of avian influenza (AI), which forced manufacturers to cull hundreds of thousands of birds. And a large-scale epidemic is feared, similar to the one that took place in 2006 and that brought huge losses to the poultry industry. However, this time consequences could be much more serious, since AI returned to the country just at breaking point, when the industry stopped its 10-year growth. 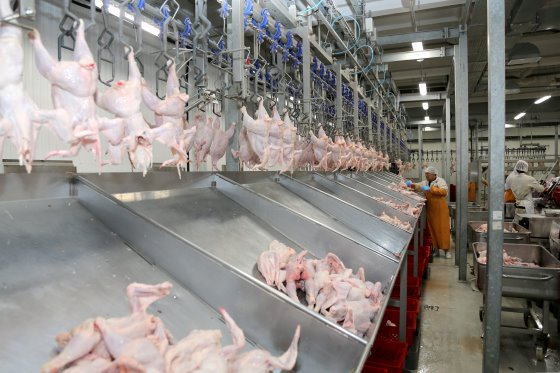 In late November Russian consulting agency SovEcon issued a report, saying that in the third quarter of 2016 the country’s poultry industry for the first time in a decade showed zero growth. According to analysts, poultry producers face the pressure of falling margins amid negative market conjuncture. Over the past year production costs rose, while wholesale prices were fell, SovEcon explained. This report made market experts suggest that the poultry industry in Russia is entering a period of stagnation or even crisis.

According to a report by the Russian Institute of Agricultural Market Studies (ICAR) that was posted on its website in late December, the oversupply situation in 2016 forced several major poultry producing regions to cut production volumes. Photo: Vladislav Vorotnikov

Speaking in an interview to Company Business Daily in mid-June 2016, Sergey Mikhailov, CEO of Russia’s largest meat producer, agricultural holding Cherkizovo, claimed that country’s poultry industry has been suffering an oversupply crisis for 2 years already. He noted that according to Cherkizovo’s estimations the surplus of broiler meat on the domestic market ranges between 300,000 – 500,000 metric tonnes per year and until mid-2017 internal production will grow by another 200,000 metric tonnes.

As a result, he said, pressure of oversupply is becoming heavy, so the industry is no longer balancing on the break-even point, but already seeing losses. In Russia 70% of production costs depend on hard currency, due to the need to import feed additives, premixes and minerals. The devaluation of the rouble in 2014 on the one hand increased costs and one the other hand reduced prices, while export channels remain closed, Mikhailov stated. In this situation, it would be wise for authorities to refuse any state programs with support of new projects, Mikhailov said, as at the moment, the business has no idea what to do with the surplus of poultry meat.

The Russian Agricultural Ministry supported the estimations of Cherkizovo. In a report published during late December, the Ministry’s Livestock Department forecasted that in 2016 the production of poultry in Russia will reach 4.7 million metric tonnes, rising only 3% year-over-year. This is going to be the slowest rise over the past decade.

The main reason for growth will be a huge competitive advantage of the price of poultry meat, which proves to be the critical economic factor for consumer choice in any country, especially during 'hard' times, where Russian consumers aren't able to buy pig or beef. Photo: Koelias

In 2012-2015, demand for poultry in Russia rose from 2.55 million to 4.5 million, fueling the rise of production performance, Russian State Statistical Service (Rosstat) says. However, in this period demand for poultry has been growing 13-15% per year, while in 2016 the pace of growth reduced to 3% according to Agricultural Ministry and 5% according to Rosstat. In addition, Russia still imports nearly 200,000 metric tonnes of poultry per year, Rosstat says.

According to a report by Russian Institute of Agricultural Market Studies (ICAR) that was posted on its website in late December, the oversupply situation in 2016 forced several major poultry-producing regions to cut production volumes. In particular, the Belgorod region cut production by 3%, Leningrad 1%, Krasnodar 5% and the Republic of Mari El 18%, ICAR says. According to analysts, this strategic decision to cut production could be compared with OPEC consensus on production cuts, achieved in November 2016 in a bid to send global oil prices soaring. 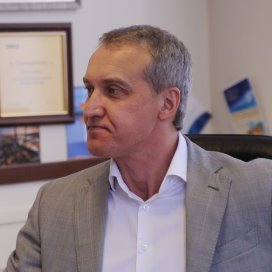 “There is clearly an opportunity for those who produce poultry meat effectively, safely and who is following main consumer trends. This is about replacement of poor quality product, which is still plentiful in Russia.” Photo: Russian National Meat Association

The deputy agricultural minister Djambulat Hatuov, said that in 2017-2018 production of poultry is expected to grow by an additional 490,000 metric tonnes, compared to 2016. Since 2014 his department registered nearly 5,800 investment projects for production of poultry, pork and beef, involving overall investment cost of Rub 277 billion ($ 4.5 billion). Most of these projects are scheduled to come online in the coming 2 years.

According to market experts, the new capacity will not necessarily mean an increase of the already existing oversupply problem, since a lower profitability will force inefficient farmers to shut down their businesses. In particular, Albert Davleev, president of consulting agency Agrifood Strategies told Poultry World that in his opinion the launch of new poultry production and processing facilities is unlikely to dramatically change the balance of the Russian poultry market primarily due to the fact that many other poultry companies will go bankrupt or reduce their production volumes for various reasons.

“By the end of the third quarter of 2016, the profitability of the majority of Russian broiler farms was close to zero and even some major vertical integrators like Akashevo faced bankruptcy. The shortage of working capital, high feed costs, old production assets, incapacity to properly handle flock health issues, poor marketing practices and delays in state support payments, undermine the economics of many broiler, egg and turkey producers in Russia, opening opportunities for the newcomers,” Davleev says.

Opportunities for those who produce poultry meat effectively

Sergei Yushin, president of Russian National Meat Association, shares Davleev’s views and told Poultry World that in addition to the possible increase of domestic demand, reducing import and growing export, replacement of ineffective manufacturers could be considered as the key opportunities for efficient producers. “There is clearly an opportunity for those who produce [poultry meat] effectively, safe and who is following main consumer trends. This is about replacement of poor quality product, which is still plentiful in Russia. If you visit stores in some remote regions of Russia, you can often see that poultry there is looking completely unattractive. This is an internal competitive fight in the industry. It will not add new volumes to the market, but will mean pushing out uncompetitive producers,” Yushin says.

At the same time, Yushin sees the possible recovery of purchasing power of the Russian population, which could result in a further rise of demand. Davleev also supports this statement, saying that the rise of the purchasing power of Russian citizens will drive up demand for poultry, also marking development of retail networks as another factor that may contribute to improvement of sales. 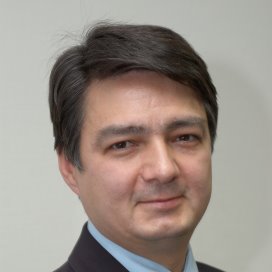 Davleev told Poultry World that in his opinion the launch of new poultry production and processing facilities is unlikely to dramatically change the balance of the Russian poultry market. Photo: Vladislav Vorotnikov

“Despite a slowdown of domestic poultry production in 2016, the Russian poultry market is still far from saturation. Per capita annual poultry consumption in Russia is just slightly over 30 kg.

Besides a further penetration of modern retail chains deep into rural areas and most remote regions of Russia will help increase the poultry meat consumption by successfully marketing fresh chilled poultry meat. But the main reason for growth will be a huge competitive advantage of the price of poultry meat, which proves to be the critical economic factor for consumer choice in any country, especially during ‘hard’ times, faced by Russia for the last 2 years,” Davleev adds.

However, any potential growth in domestic demand, as well as in export supplies could be ruined with a new wave of an AI epidemic taking place in the country. On 30 December, a large outbreak was detected at one of the production sites of Russia’s largest turkey producer – agricultural holding Eurodon. Several days earlier, another outbreak of AI in Astrakhan poultry farm nearly destroyed industrial poultry farming in the region.

Olga Grekova, PR officer of Eurodon told Poultry World that the company had to cull 160,000 heads of turkey as a result of incident in order to prevent further spread of the disease. The production site, where outbreak has been identified, is located 200 km away from company’s duck farms. However, the possibility of virus penetration to these facilities is excluded, Grekova claimed. According to Ms Grekova, due to the incident the company’s owner Vadim Vaneev suffered ‘enormous losses’, but all necessary measures have been taken to protect the industry, market and the end consumer. Even with this, Russia’s turkey market most likely will have to face a shortage of supply at least in the first 4 months of 2017, Grekova said.

Using AI as a competitive tool

Neither Eurodon, nor the Russian veterinary body Rosselhoznadzor named the strain of the virus, it was only said that it posed no danger to humans. It is also worth noting, that Eurodon initiated an investigation into the possible contamination of flocks through economic diversion, saying that AI in the modern world could become one of the tools in competitive fight. Over the past several years Eurodon struggled to export turkey and Grekova has not disclosed how this incident could affect the export potential of the company or the Russian poultry industry in general.

A new epidemic of AI could really bring a serious impact to the industry, not only undermining any export potential, but also ruin domestic demand. According to Yushin, market participants already experienced such events in 2006, when several media whipped up hysteria around the AI epidemic, as a result a lot of consumers refrained from purchasing poultry. In addition, AI outbreaks bring obvious obstacles to poultry farmers with regard to the opening of foreign markets.

“Everybody in the world would like to be protected against AI. So now we find ourselves in the situation where it will be hard to noticeably increase the volume of exports. Also we hope to localise the problem and to avoid the situation we witnessed 10 years ago, when demand and consumption of poultry meat dropped. For instance, in some European countries at that time, it dropped by nearly 50%. However, we believe that now the average Russian consumer is more educated and that AI will not seriously affect the industry, plus supervision authorities will not allow potentially dangerous products to appear on the market,” Yushin says.

Trade challenges brought on by AI

“The highly pathogenic AI has become a major challenge for Russian poultry exports, with outbreaks increasingly expanding throughout the southern part of the country since last autumn, and literally ‘closing’ export markets for the domestic broiler, turkey, duck and quail producers. The wave of highly pathogenic AI, which occurred across the country in 2005-2006, was the first lesson, but it looks like the ‘AI season’ of 2016-2017 will be more difficult to handle and harder to contain due to a much higher density of flocks, as a result of a threefold growth over the last decade,” Davleev says.

“Official regionalisation and compartmentalisation for AI is not in place yet, as all the resources of the Russian federal veterinary services have been extremely busy with the spread of African Swine Fever and other animal diseases which have been terrifying the domestic pork and beef sector for the last 5 years. The situation is aggravated by the incapacity of many local (regional) veterinary services to control the health situation in backyard flocks and to strictly demand the execution of biosecurity rules by industrial egg and poultry farms,” Davleev adds.