Under the right management, Russia can claim 10-15% of the global market of organic products in coming years, the country’s agricultural minister Alexander Tkachev told an audience during the All-Russian Food Security Forum on April 28. 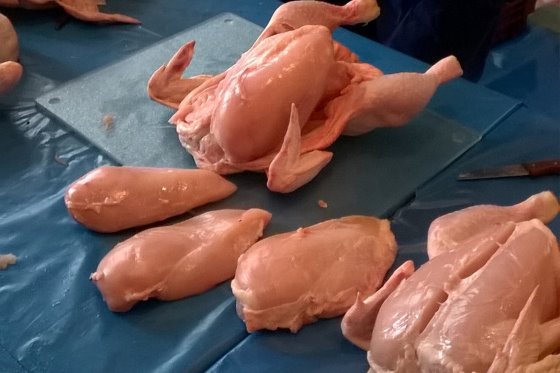 The upcoming reform with the introduction of the country’s first organic standards should spur the export supplies of meat products that already doubled last year to nearly 170,000 metric tonnes with nearly 65% of this amount accounted for by poultry, the minister believes.

Tkachev forecasted that the size of the global organic market should double in the next 5 years from the current $100 billion to nearly $200 billion, but Russia still accounts for only 0.2% from total suppliers. However, if the Minister’s certification plan would be successful in the future, Russia can export organic production for the amount of $20-30 billion per year.

The agricultural minister hopes organic products can help in promoting Russia’s food products on the global market, as he expects that total food exports from the country should reach $25 billion by 2020. According to the basic forecast of the Agricultural Minister by this time the volume of poultry meat export should rise, compare to 2016 to 150,000 – 200,000 metric tonnes per year.

According to Tkachev, the agricultural ministry was working on a new bill regarding organic products and planned to submit it to the country’s government for approval at the end of May.

The bill, he explained, should establish the legal framework for manufacturing of organic product in Russia’s agricultural industry and let “thousands of farmers across the country” to pass the relevant certification.

The organic niche today is very promising for export, Tkachev said, estimating that it occupies nearly 20% of the global food market and the number of people who are willing to eat organic products is growing from year to year. Meanwhile, Russia did very well in the area of production of organic grain over the past few years, increasing the output in this segment by 60% in the past seven years from $120 million to nearly $200 million, while the total acreage of land under production of organic grain jumped by nearly 10 times during this period, Tkachev revealed.

Currently, there are no organic standards for other agricultural products, including poultry, pork, eggs and milk and the new bill called to change this situation. All in all, Russia today has very favourable conditions for the development of organic production, Tkachev suggested.

The head of the Russia’s Institute of Agricultural Policy and the former Agricultural Minister Elena Skrinnik told Russia’s media RG that in her opinion some targets on the share of the food products should be included into Russia’s food security doctrine. She also said that in her opinion Russia accounts for resource potential to become the world’s largest producer of organic products.