Russia’s Industry and Trade Minister Denis Manturov has said that the United Arab Emirates (UAE) has suggested creating a free trade agreement with the Eurasian Economic Union (EAEU) and that the issue is being discussed. 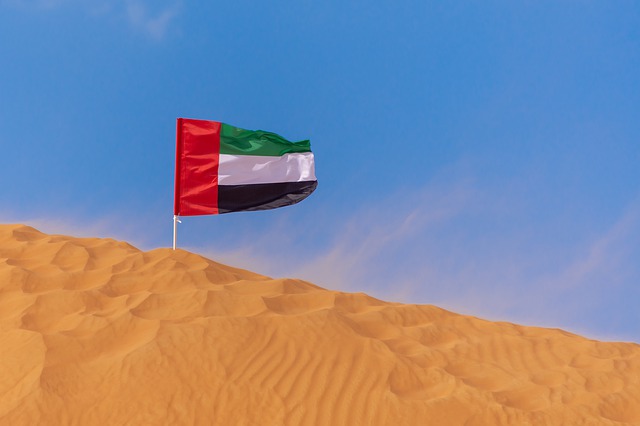 The UAE includes Abu Dhabi, Ajman, Dubai, Fujairah, Ras Al Khaimah, Sharjah and Umm Al Quwain. The entire population is about 10 million, with just 15% being locals – the rest are all expatriates serving the Emirates. The capital is Abu Dhabi, although Dubai is its international hub. The UAE economy is the most diversified away from energy resources amongst all the member states of the Gulf Cooperation Council. The UAE has a GDP of US$650 billion and a GDP per capita of about US$42,000. There is no income tax in the UAE.

The EAEU includes Armenia, Belarus, Kazakhstan, Kyrgyzstan and Russia, filling a geographic space between China and the European Union. It has a GDP of US$5 trillion, a population of 187 million and a per capita income level of about US$23,000, which is higher than China’s.

Local Emirati’s are wealthy and have a love for exotic and expensive cars – the UAE wishes to place orders for the Russian-made Aurus vehicle for example.

The two countries have also recently signed agreements in advanced hydrogen technologies, including manufacturing equipment – the gas is to be used later as an auto fuel as a replacement for diesel and petroleum and as an alternative to EV.

A free trade agreement with the EAEU opens up Islamic markets for the UAE in Russia as well as Kazakhstan, a major Central Asian market.

In 2019, Russia exported US$2.47 billion of goods to the UAE with the main exports being artworks as well as diamonds and gold. Russia is a major source of these precious items while Dubai is a major centre of the regional jewelry trade. According to the OEC,  Russian exports to the UAE have been increasing at a rate of 22% per annum for the past twenty years.

Russia also exports services to the UAE, with the main items being Transportation – a US$1 billion business, as well as IT and other business services.

Also in 2019, the UAE exported US$628 million of products to Russia, mainly in the energy and gas related industries. Tourism is a service provided to Russian nationals, where Dubai especially is popular during the winter months.

UAE bilateral trade with other EAEU members are as follows. UAE exports are mainly petroleum based; we list EAEU exported items.

All these markets have been increasing their bilateral trade with the UAE in recent years, with the Emirates also interested in investing in Central Asian logistics hubs.

An UAE-EAEU free trade agreement makes sense on many levels; it diversifies the UAE’s importation and supply chain lines to include additional markets that have the consumables it wants (Armenian tobacco is used in Shisha) and reduces dependency on other suppliers, while bonding with other Muslim markets in Central Asia. It will also help boost the Russian tourism sector into the UAE. It strengthens new energy cooperations, especially in hydrogen technologies with Russia and also allows more of the Russian bling industry, beloved by fashionistas and the wealthy in both, to further develop. There are opportunities for closer ties between UAE and Russian designers here. That extends from cars, to jewelry and to clothing.

A further major feature could be the development of banking and financial services – Abu Dhabi and Dubai are both important financial centres that can serve as a conduit for Russian money flowing elsewhere into Asia – and provide an alternative to Singapore as a centre for Russian businesses expanding into Asia as a strategic and currently expanding play.