Russia’s ministry of agriculture has approved the issuing of 240 billion roubles (US$ 4 billion) destined for new projects in the domestic pig industry. However, not everybody in the Russian swine sector are happy with this new initiative. 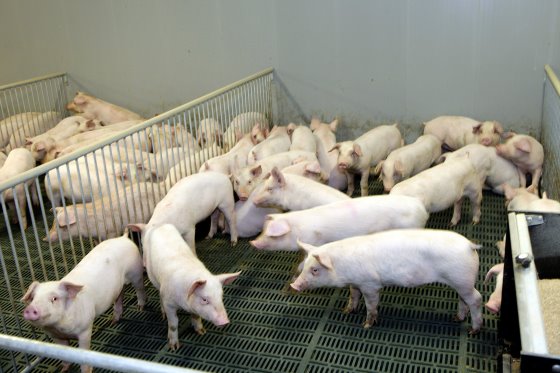 The money will become available in the form of soft loans with subsidised interest rates. The policy was made public by Yuri Kovalev, chairman of the Russian Union of Pork Producers (RUPP), when recently speaking to local news outlet Kontinent Sibir.

Just as in previous years, it is expected that the soft loans will be issued by major state-owned banks such as Sberbank, VTB and Rosselhozbank. The funds must be invested between 2018 and 2022. RUPP estimate that the the loans will facilitate the increase in domestic pork production capacity in Russia by 1.5 million tonnes in that period.

The announcement appears to be a major change in the government’s policy on the domestic pork market. Russian pig producers earlier noticed that the federal government had stopped providing state aid for new projects in the industry since early 2017.

In 2017 Russia produced 4.57 million tonnes of pork in live weight, which was an increase of 5% compared to the previous year, according to Russia’s agricultural ministry. The average price per kg of pork produced in Russia was 136.1 roubles (US$ 2.2) late March 2018. That is 9.6% lower than the price at the end of March 2017, according to Russian analytical agency Emeat.

Enormous volumes of pork will hit the market

New subsidies will mean that ‘enormous volumes’ of pork will hit the market, driving the domestic pig industry into ‘a new pricing realm’, Mr Kovalev said. The average profitability in the industry will drop further, whilst those pig farmers unable to keep up with the tightening competition will go bankrupt, he said.

This trend can already be seen today, as the fall in prices destroyed numerous small pig farmers. The pig population in this segment dropped by 200,000 heads in 2017, according to Mr Kovalev. In total, 70% closures were reported in the federal districts of Siberia, Far East and Volga, while pig farmers in European Russia appear to be still holding up.

Even some bigger farms, but with older production technologies or poor financial management may soon be forced to give up, Mr Kovalev said. In the new pricing realm they virtually have no chance to survive, he emphasised. Also some modern farms with the high debt burden are also at risk, he said.