All news / Russia expects lowest number of ASF in a decade

In 2019, Russian veterinary services anticipate that a total of 54 outbreaks of African Swine Fever (ASF) will be registered in the country, according to the Russian Agricultural Ministry. This is lower than in 2018 and 2017 when 56 and 188 outbreaks were registered, respectively, and is believed to be the lowest figure in the past decade. 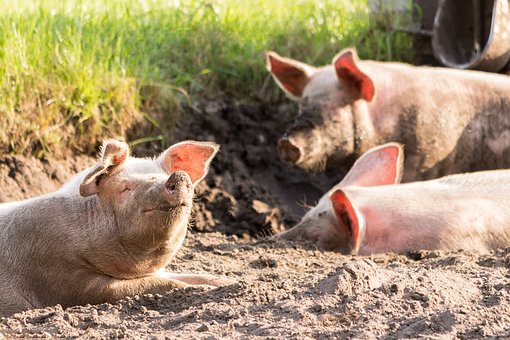 Yuri Kovalev, general director of the Russian Union of Pork Producers, told the Russian newspaper Agroinvestor that at least half of the industrial pork producers in Russia had been hit with ASF within the past 10 years. He added that the pig industry had responded by implementing the highest safety standards, as well as some unconventional safety measures that prevent even insects from entering farms.

These measures greatly reduced the possibility of the virus penetrating industrial farms but were not able to eliminate the risks completely. Mr Kovalev explained that industrial pig farms employ thousands of workers who enter and exit production facilities daily, and that such farms are located close to backyard farms where there are often less stringent safety measures in place.

Russian veterinary watchdog Rosselkhoznadzor said in a statement in July that it is believed that some regions in Russia hid ASF outbreaks in 2018 and 2019, specifically in Krasnodar Krai, Stavropol Krai and Volgograd Oblast. This, it said, resulted in infected products reaching grocery shelves. The veterinary department of Krasnodar Krai, however, issued a statement claiming that the accusations were false and that the ASF outbreaks were never hidden in the region.

Rosselkhoznadzor reported that an ASF outbreak was registered at one of the pig farms of the Russian agricultural holding Rusagro in Belgorod Oblast, Russia, on 16 July 2019. This is the first outbreak registered at an industrial farm in Russia this year; all previous cases were reported either on backyard farms or among wild boars. Belgorod Oblast is a key region for pork production in Russia. Rosselkhoznadzor estimated that since the beginning of the year, there have been 8 outbreaks among wild boars in this part of the country. Rusagro has not provided any information on how many pigs were affected, however, this is the second time that ASF has hit a Rusagro farm. The previous case occurred in 2017 when the company culled 14,500 pigs as the result of the outbreak.