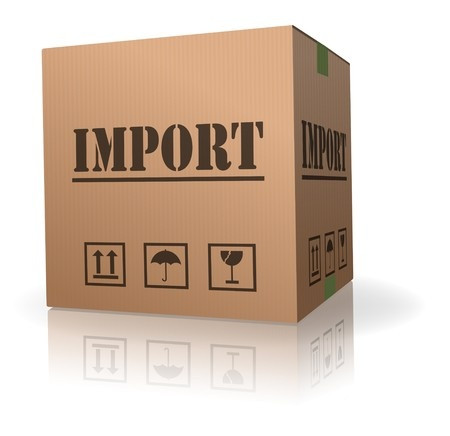 Russia’s State Duma has adopted a law providing for the legalization of parallel imports into the country. The law protects Russian companies that import goods without the permission of the right holder, from civil, administrative, and criminal liability in Russia.

According to the State Duma Committee on Economic Policy, the adoption of the law caters for the interests of Russian consumers. It will also contribute to the development of the Russian economy and help bend Western sanctions.

In March, the Russian government authorized retailers to import products from overseas without the trademark owner’s permission. The decision came after multiple global brands halted sales or stopped exports to Russia due to pressure from their governments to comply with sanctions.

Prime Minister Mikhail Mishustin then clarified that “parallel imports” were needed to ensure that certain goods could continue to be shipped to Russia. Russia’s ministry of industry and trade then followed that up by publishing a list of goods allowed for parallel importation into the country.

Parallel imports allow Russian importers to circumvent Western sanctions on the export of goods to Russia by importing them from third party countries. Foreign owned trademark rights have been waived by Russia, calling into question their commitment to various international trademark protocols and complicating IP protection for foreign brands in the country, although it appears understood that foreign businesses continuing to operate in Russia will still be able to claim protection.

The Parallel Import list includes 56 groups of goods, and includes plants, pharmaceutical products, and cosmetics. It does not cover certain brands, such as Garnier, L’Oreal, Maybelline, NYX, Lancome, Valentine, Prada, and others, which remain protected.

Parallel imports of apparel, headgear, footwear, fabrics, and furs and leather goods have been allowed without any limitation by brands.

The list also includes certain car components and spare parts and almost all foreign car brands like GM, Chevrolet, Mitsubishi, Renault, Tesla, Honda, Nissan, Land Rover, Mercedes-Benz, BMW, Volkswagen, Skoda, Audi, Toyota, Lexus, Suzuki, Volvo, and others. However, as many of these use components sourced from China or eslewhere, a TM issue does not really arise.

Among other items allowed for import are musical instruments, airport equipment, sound recording and TV equipment, boats, and railway locomotives.

According to Denis Manturov, the Minister of Commerce, the list will be adjusted once a quarter or every two months. It can either expand or narrow depending on the decisions of foreign companies to work in Russia, he said. That means that IP protection in Russia is now linked to maintaining an operational presence in the country

The move is likely to create a massive second-hand market in Russia for Western products, while certain countries, such as Turkiye, China and Uzbekistan will be able to take advantage of existing trade agreements to resell new products onto Russia. It will also encourage the smuggling of products in the country and counterfeiting of Western products in Russia for sale both domestically and overseas.

It remains uncertain how the United States and European Union will be able to crack down on this without engaging significant resources into tracking parallel imports. For example, iphones are easily available in Iran despite the country also facing significant sanctions problems.

With the world’s 12th largest consumer market (above South Korea, Spain and Australia), Western brands may well find their products extensively copied and bound for sanctioned nations, providing them with significant headaches facing global sanctions compliance basis, in addition to brand credibility dilution issues – or being prepared to reenter the Russian market, where brands such as KFC, Burger King and numerous EU lifestyle brands continue to operate.