All news / Russia sets its sights on rebuilding feed industry

The Russian government wants to pump billions into a major project to make the domestic feed industry more effective and efficient, but it’s likely to cost more. 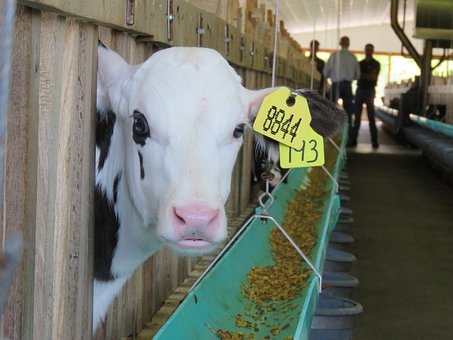 In early November 2019, the Russian Agricultural Ministry presented a new feed and feed additives development programme, in which it was officially acknowledged that feeding was the Achilles heel of the Russian livestock industry.

“In recent years livestock production in Russia has increased, and farms have been using animals and birds with a high genetic potential, so it is impossible to optimise output without modern feeding technologies, high-quality feed and feed additives,” the Ministry said in an explanatory note to the programme published on the official government website. When it comes to feeding efficiency, feed additives play an important role, but in this segment the country remains dependent on imports, the ministry said.

In particular, the ministry estimated Russia’s imports at:

“This leads to an increase in the production costs of the feed industry and consequently to problems with the competitiveness of Russian livestock on the global market,” the ministry said. The production costs and effectiveness of the Russian agricultural industry are crucial for Russian authorities. In 2018, Russian President Vladimir Putin ordered the government to double agricultural exports by 2024 to $ 45 billion per year. Russia exports a lot of agricultural products, but only a few categories have high added value. For instance, the Russian Federal Customs Service estimated that 36% of revenue from agricultural exports was generated by grain exporters and 17% by wild-fish exporters in 2018. Russia has huge potential in increasing the export of high-added value products, such as meat and dairy products, but a substantial improvement in production costs is needed, so that Russian products are competitive on the global market, according to Russian Agricultural Ministry in 2019.

Feed additives in the spotlight

This is the first programme of its kind in the Russian feed industry, when the main focus was put not on increasing quantities, but on improved efficiency. The main goals set in the programme are to improve the feed conversion ratio by 10% to 12% and to cut production costs by 12% to 15%, compared to the current rate, by 2025. An increase in production performance is also envisaged: from 28.9 million tonnes in 2018 to 33.3 million tonnes in 2025. To meet those targets the government wants to spent Rub 11 billion ($ 180 million) in various forms, including on various R&D projects and as state aid to encourage new investors to engage in import-replacement projects in the Russian feed industry. The Russian livestock industry is paying Rub 10 billion ($ 160 million) per year on importing feed vitamins, Rub 15 billion ($ 220 million) on imported feed amino acids, Rub 5 billion ($ 80 million) on fermented feed, Rub 7 billion ($ 105 million) on antibiotics, Rub 3 billion ($ 45 million) on mycotoxins neutralisers and Rub 700 million ($ 10 million) on probiotics and prebiotics.

Russian analysts have raised concerns about whether such a strong import-dependence could be easily remedied. “In total, imports of Russian feed additives reached Rub 47 billion ($ 50 million) per year, and here comes the question – would the promised state support of Rub 11 billion ($ 180 million) over 5 years help in replacing import suppliers effectively,” Sergey Mikhnuyk, chairman of the Russian National Feed Union told to the local newspaper Agroinvestor, adding that these targets are unlikely to change the situation dramatically. “In 5 years, we expect to create 5 new [feed additives] production technologies, but now 120 new feed additives are being registered in Russia per annum. In addition, there is no reference to using global experience in this field, which suggests that we are trying to catch up with rapidly developing global technologies, but are moving at slower pace,” Mikhnuyk said. Russia is importing feed additives from all over the word, and the demand for feed additives on the Russian market has been gradually rising, prompting Russian companies to try to become more efficient. Cherkizovo is importing feed additives, including amino acids, adsorbents and vitamins, from the European Union (EU), North and South America and South-East Asia, according to Andrey Dalnov, a senior analyst at Cherkizovo. In most cases, there are no Russian-origin analogues of that production or it is losing out to the imported products in terms of quality, he said.

The new programme could be very timely, as there is a lot of uncertainty about what will happen with the Russian feed additives market in future, as importers reportedly are starting to go bankrupt over a retrospective VAT hike adopted by the Russian government in September 2019. The importers were instructed to pay 18% VAT, instead of 10% that was allowed in past, plus they were instructed to pay roughly $ 120 million on feed additives imported under the soft regime during the previous 3 years. “Those new rules are not only senseless and illegal, but could also negatively affect the entire Russian livestock industry. For many companies execution of the government order would be fatal,” commented Svetlana Alyabieva, general director of a major player on the Russian feed additives market Mustang Feeding Technologies. This was among the companies that protested against the VAT hike in the Russian courts. The first hearing on this issue took place on 23 December 2019. On 9 January Mustang released a statement saying that “the VAT hike has not been cancelled, although the Russian companies keep struggling against it”. Analysts believe that it is very unlikely that the government will change its stance on imported feed additives, because abandoning the soft tax regime for importers seems like a first step in a broader campaign aimed to cut imports of feed additives. By charging the additional VAT, the government will not achieve its declared goal, which is to stimulate import-replacement on the domestic feed additives market, said Airat Hairulin, deputy chairman of the State Duma, the lower chamber of the Russian government speaking earlier this year. A comprehensive programme in that area was required, in order to promote localisation, he added. “It seems clear that the government is taking a series of steps aimed at pushing out international companies from the Russian market or to prompt them to build capacity in Russia. The VAT hike and the new programme are parts of that campaign. This could take decades, as the government does not want to further worsen the business environment for importers right away, as this could jeopardise the Russian livestock industry, but there are clear signs that the authorities are determined to change the landscape on the domestic feed additives market,” commented a source in the Russian feed industry who asked not to be named.

In addition, in the new programme the government set a target to deal with the problem of excessive grain use in feed. In Russia, every 1kg of feed contains on average 670 grams of grain, Ernst & Young estimated. This high grain content is one of the main factors hampering efficiency in the Russian feed industry, Russian Agricultural Ministry officials have repeatedly said. “The shortage of feed protein in Russia ranges between 1.8 and 2.1 million tonnes per year. Domestic demand for protein raw materials is met by only 60% to 65% and this is why so much grain is used in feed, thus reducing the nutritional value of feed products,” a ministry official said.

“As long as the resource base of the traditional sources of protein, such as soybean meal, fish meal and meat-and-bone meal is rather limited, a solution that could cut import dependence in this segment could be the production of microbe protein,” the ministry said, adding that the target is to establish the capacity to manufacture “hundreds of thousands of tonnes of protein” per year. The Russian company Protelux launched the first production run of microbe protein in the Leningrad Oblast late in 2018 using Unibio production technology. The investment cost of the project was Rub 2.5 billion ($ 40 million) and the designed production capacity was 6,000 tonnes per year. The plant processes methane into protein biomass. The company said that it had passed that product for testing to its main customers on the Russian market. Protelux said that it could invest Rub 18 billion ($ 290 million) on a second larger plant with a designed production capacity of 20,000 tonnes, but first there needs to be guaranteed demand on the market. At that time, several analysts told Russian press that the prospects of selling that kind of protein in the Russian feed industry were rather questionable, since it remains unknown to the Russian companies, so they were rather reluctant to work with it. The government has not provided any details of how exactly it plans to ramp up the production of microbe protein in the country.