All news / Russia wants to supply premium beef to the EU

Russia can supply beef for export and earn up to $ 200 million annually, according to the Ministry of Agriculture. The ministry proposed to give Rosselkhoznadzor the right to issue "certificates of authenticity" for accession to the European Union. It is difficult to get access to the world market due to existing quotas for supplies 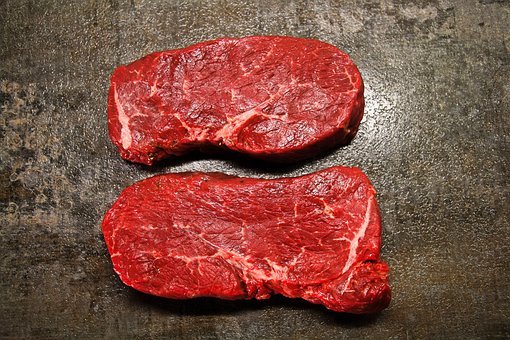 To expand the market, you will have to fulfill the requirements of other countries. In particular, the European Union requires certificates of authenticity for high-quality beef. To do this, exporters must pass control by the Russian veterinary services, and the European Union will check the documents issued. “The EU has a high degree of confidence in the Rosselkhoznadzor. Inspectors can come with inspection  if they wish,” explains Sergey Yushin, head of the executive committee of the National Meat Association.

The question is what exactly Russia is going to export if, for example, last year we imported 434 thousand tons of beef. By the way, this is even more than what we produce ourselves, said Anna Kudryakova, an expert at the Institute for Agricultural Market Studies. "There is an increase in beef production in the country, but it is small. For six months of 2019, output was two percent more than in the same period last year. So there is a shortage of beef in the domestic market," she says.

The Ministry of Agriculture assures that in recent years significant structural changes have occurred in cattle breeding. Agricultural organizations increased the share of specialized beef cattle. If in 2009 animals of meat breeds were only 2.5 percent of the total population, then in 2019 - already about 14 percent.

It is planned to supply high-quality beef to the world market, says Yushin. "The European market is 500 million people with high purchasing power," he says. At the same time, the Russian product has competitive advantages, since the use of steroids, various growth hormones and feed additives that stimulate muscle growth is prohibited in the country. Many countries supply beef grown on hormones.

If we are talking about high-quality beef, then this direction is really developing in the largest companies, agrees Kudryakova. "This meat is too expensive, it is not used for mass production, there is little demand on the domestic market," she says. In particular, Russian farmers began to produce the so-called marbled beef. Such meat goes to steaks. Such products cost up to 25 dollars per kilogram. If livestock farmers get this profit, they will be able to invest it in further expansion of production. Then ultimately, beef exports will work to saturate the domestic market, Yushin explains.

At the same time, access to foreign markets can lead to higher beef prices in domestic market, warns Kudryakova. But the impact of global market conditions on domestic prices will be indirect, since the markets for premium and conventional beef are very different.