All news / Russian agriculture turns to exports through market capitalism 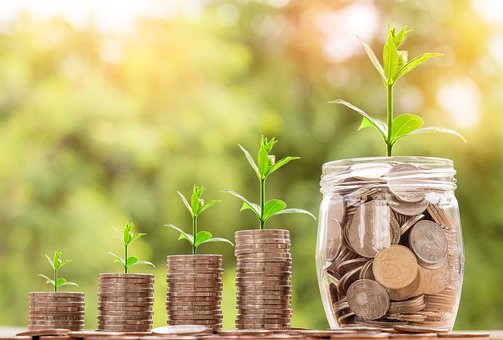 In the Soviet period, Russia depended on the US for more than 60% of its grain imports; and at that same stage its participation in international trade (imports + exports) was only 4% of the total.

The amazing thing is not the existence of the cold war between the Soviet Union and the United States, but that it has lasted so long (between 1948 and 1991, when the Soviet system disintegrated by implosion due to the impossibility of responding to the American pressure, then led by by Ronald Reagan, who doubled the US defense budget in real terms in every year of the 1980s).

What is happening now in Russia is exactly the opposite, thanks to the decisiveness and extraordinary geopolitical insight of President Vladimir Putin.

Today the Russian Federation is self-sufficient in all its agri-food demand, and has also become the world's leading producer and exporter of wheat.

According to the US Department of Agriculture (USDA), Russia supplies more than 1/3 of the Middle East's wheat imports, and almost 50% of the demand from Sub-Saharan Africa, as well as 10% of the total wheat requirements. Asian Continent and covers more than 25% of the total demand of the planet.

Russia's sown area exceeded 80 million hectares in 2017;and there are another 50 million hectares not used in the “Black Lands of Russia” that are the most fertile in the world, along with the Argentine Humid Pampa.

President Putin has launched a program to encourage agri-food production, with land transfers for large investors, many of them foreigners, infrastructure development and preferential loans for more than US $ 4.2 billion.

Russia's achievements in agriculture are extraordinary: production has increased by more than 50% since the fall of the Soviet Union (1991), and exports have tripled in that period, reaching more than US $ 30,000 million a year. past, with a growth of more than 25% in 2021 compared to the levels of 2 years ago.

The objective now is to obtain a grain production of 140 million tons in 2025, with the aspiration of placing the entire increase in the large import markets, before the Asians - China in 1st.place-, African, and Middle Eastern.

The Putin government also plans to increase the value of agricultural exports by more than 50% in 2024, especially through the conversion of grains into poultry and pork.

The truly exceptional thing that the Russian agri-food production has achieved, which has managed to transform the national economic structure into a capitalist sense of the market. For that it has assimilated the standards of competitiveness / productivity typical of the most advanced capitalism;and it has done so by leaving behind the ruins of the Soviet collapse that are in the hands of a group of deeply corrupt “oligarchs” with zero or negative productivity.

At the impulse of Vladimir Putin, in 2014 Russia sanctioned a “Granario Market Transparency Charter ”, which set international guidelines for agri-food production, and ensured their observance through the participation of globally renowned risk appraisers.

All this allowed the immediate entry of investment from abroad, and multiplied the new highly competitive players in the business. Hence the export boom and the conversion of Russia as the world's leading wheat seller, surpassing the US and Canada as of 2017.

Russia has become China's main strategic ally; and between the two powers they clearly occupy a strategically decisive role in the Eurasian mass. After this strategic turn, Russia has tripled its beef exports to the People's Republic, which has happened in the last 5 years. At the same time, it has doubled pork sales to the Chinese market, measured in both tons and dollars. Something similar has happened with Vietnam, which is the 3rd. agri-food market of the Asian Continent, after China and Japan (Vietnam was the main ally of the Soviet Union in Asia during the Cold War).

Russia, in short, through President Vladimir Putin, has found the path of capitalist productivity through the extraordinary transformation of its agri-food production.