Russian food exports to the EAEU countries increased by 31% last year and reached $5.4 billion, with more than half of the volume accounted for by finished products. Dmitry Krasnov, head of the Agroexport Federal Center, spoke about this during the panel discussion “Russian exports of agricultural products to the EAEU markets: prospects in new realities” as part of the business program of the All-Russian Field Day, the organization’s press service told. 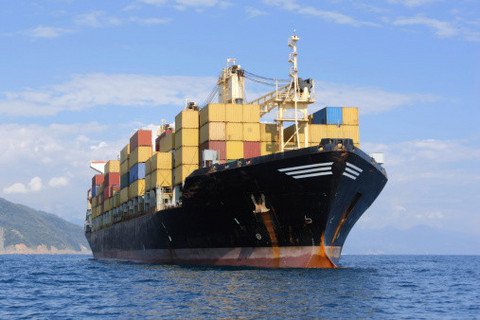 According to him, Russian supplies of agricultural products to the countries of the Eurasian space by 2030 can grow by another $2 billion. Among the promising categories, he singled out grain crops, oil and fat products, confectionery, poultry meat, fish and bottled water.

The event was moderated by Konstantin Korneev, Executive Director of Rincon Management LLC. In his speech, he dwelled on the key aspects of the Concept for the Development of Exports of Russian Products to the Markets of the EAEU Countries, developed by Agroexport together with industry experts. He described in detail the main trends and features of the markets of individual countries and recommended that exporters expand product lines, adapt packaging to national characteristics and promote new products to develop sales.

One of the promising categories in the markets of the countries of the union can be organic products, Elena Saratseva, deputy head of ANO Roskachestvo, is sure. She spoke about the plans to create a single organic market for the participating countries and the work being done to develop standards and a certification system for organic products.

Director of the Kazakh company INMART (Nizkotsen) Kuandyk Dosymov drew attention to the peculiarities of the work of network retail in the EAEU countries and interaction with Russian manufacturers. He stressed that today many Kazakhstani networks are experiencing "assortment hunger", because. due to difficulties with logistics and mutual settlements, some partners have reduced or suspended deliveries.

The countries of the Eurasian space are a key market for Russian dairy products, said the Director General of the National Union of Milk Producers Artem Belov. In 2021, the share of the EAEU countries in the structure of Russian exports in this category amounted to about 85%, and taking into account the geopolitical situation, by the end of the current year, it may still grow.

Sergey Lakhtyukhov, CEO of the National Union of Poultry Breeders of Russia, believes that there are free niches on the market that Russian companies can fill. One such niche product could be the hatching egg. According to his forecasts, by 2025 the Russian Federation may become self-sufficient in hatching eggs and in the future become a supplier of these products to the EAEU countries.

Representatives of exporting companies shared their experience in the markets of the Union countries. Olga Psareva, commercial director of ABH Miratorg LLC, noted that despite the similarity of consumer preferences, for some markets it is necessary to adapt the assortment, packaging, and even develop new types of products. Commercial Director of Torero CF Gor Stepanyan added that in order to successfully compete with local manufacturers in the markets of the EAEU countries, companies need to constantly invest in promotion, especially price promotions and promotional events.