Economic growth in Russia picked up to 0.9% in the second quarter of 2019 in year-on-year terms from 0.5% in the first three months of the year, preliminary data by the Federal Statistics Service (Rosstat) revealed on Monday, according to Reuters. 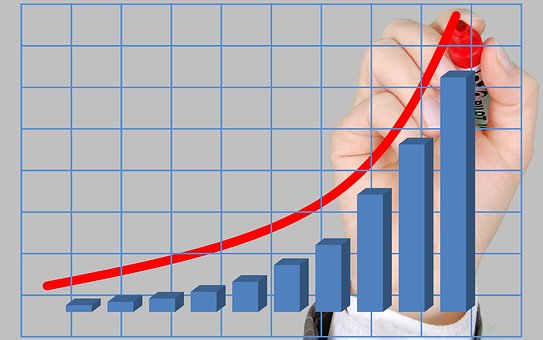 The Russian central bank said in late July it expected the gross domestic product (GDP) to grow at 0.5-1.0% in the second quarter, before accelerating to 0.8%-1.3% in the third quarter.

“The growth rate of the Russian economy since the beginning of the year is below the expectations of the Bank of Russia. This is due to the weak dynamics of investment activity, as well as a significant decrease in annual export growth, including against the backdrop of weakening external demand,” the Bank of Russia noted.

The regulator notes that the annual growth rate of industrial production in June accelerated to 3.3%.

Rapid economic growth has long been a priority for President Vladimir Putin. In 2012, he told both chambers of parliament that Russia’s development interests would require annual GDP growth of at least 5–6% for the next decade. The following year, the economy ground to a halt and then started contracting.

Government decisions like increasing VAT and continuing to consolidate budget spending have had a serious effect on economic growth. In addition, household incomes have fallen for five years in a row, leading to decreased demand, which ultimately is reflected in economic growth, creating a vicious circle, analysts say.

“The obstacles hindering growth are well known: weak competition between private and state companies, the growing appetites of state capitalists, the underdevelopment of small and medium-sized business, the threat of the siloviki and oversight bodies, and the high proportion of ineffective state companies,” journalist and columnist Alexandra Prokopenko wrote recently in an article published by the Carnegie Moscow Center.