Major organisations in Russia’s swine business have responded strongly against a new environmental bill. This bill, once adopted, would force many swine farmers and slaughterhouses to invest strongly to renovate their operations. 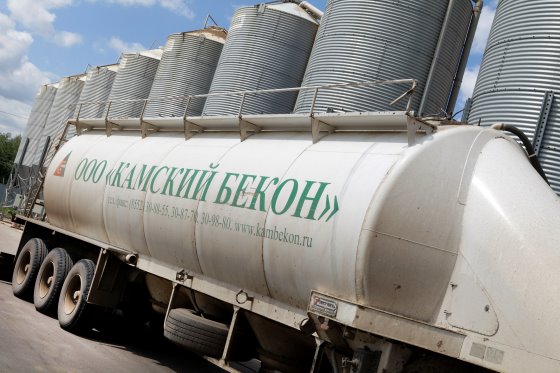 According to the newest ecological standards, that are likely to come into force in January 2019, 78% pig farms and all pig slaughterhouses in Russia shall be seen as industrial facilities with the highest level of danger to the environment.

The government regulations determining the technical parameters are yet to be adopted. Yet it is widely believed that this will mean that all these pig farmers will have to apply ‘the best available technologies’ in terms of sanitary safety, cutting emissions as much as possible. Hence the situation may lead to a heavy financial burden for many players in the pig business.

Pig farmers have described the new ecological requirements as ‘totally unjustified’. Russia’s National Meat Association (NMA) sent an open letter to the federal government, stating that the new regulations will disrupt the production processes in the domestic pig industry and would push them to make unnecessary investments.

‘Based on clear technical mistakes’

The NMA said in the letter that the new requirements would be based on clear technical mistakes, that would have occurred while translating European sanitary legislation into Russian. The NMA added that there would not be any scientific data in support of the new regulations, aside from an assessment of unknown ‘experts’.

The NMA continued to say that the new ecological standards would put the pig industry in Russia at a disadvantage, in comparison to European pig farms. Even the environment-protecting legislation there would not be as strict.

The association added that in this regard, it is very likely that the new regulation would undermine the investment attractiveness of the pig industry in Russia and will force some farmers to shut up shop.

Maksim Sinelnikov, the spokesman for NMA, told news media Kommersant that the regulation will be a major blow for the small farmers who simply cannot afford to deal with the high costs of the new requirements.

In a statement, the National Union of Swine Breeders said it supports the NMA’s view, since it is clear that stricter environmental legislation will put an additional pressure on Russia’s pig business.

Yuri Kovalev, the chairman for the union, told local media Agroinvestorthat there are many farms operating in Russia that were built ‘some time ago’. These farms are not able to continue business without a large-scale modernisation. They would have to stop being in operation for some while.