Russian poultry exporters have to reduce their poultry exports to China because of overstocking at Chinese ports on the back of the continuing Covid-19 coronavirus epidemic in the country, Russian newspaper Agroinvestor reported. 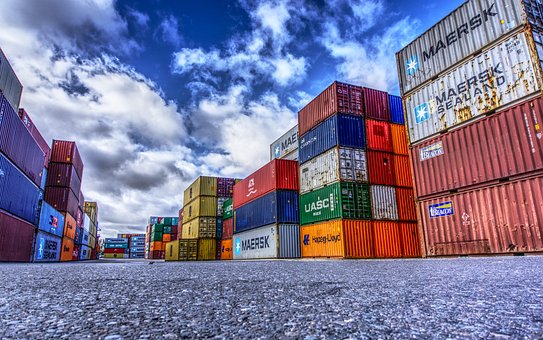 Russia exported 62,600 tonnes of poultry to China, representing $ 143.4 million, the Russian Agricultural Ministry estimated. Thanks to the opening of the Chinese market Russian companies managed to boost the overall revenue from poultry export by 65% to $ 329 million. Numerous Russian companies said they were going to expand poultry export to China even further in 2020.

There are disruptions in transport infrastructure in the Chinese sea ports, Andrey Terekhin, chairman of the export department of Cherkizovo said. The demand for Russian poultry in China is high given the African swine fever (ASF) outbreaks, but the closure of some sea ports has led to a shortage of refrigerator containers, Terekhin explained. This is believed to be a common problems affecting not only Russian poultry companies, but rather all poultry businesses exporting their products to China. In total, China imported around 700,000 tonnes of poultry in 2019.

Losses for suppliers and carriers

Frozen poultry products are coming in refrigerator containers, which are needed to be connected to the electrical grid, but there are no free slots, because the commodities which arrived earlier are not going further down the supply chain, said Albert Davleyev, president of the Russian consulting agency Agrifood Strategies. Both suppliers and carriers are now suffering substantial losses, Davleyev said, adding that some of the biggest suppliers have put exports to China on hold.

Some supplies are being diverted from China because of a lack of capacity to store additional cargo. There are numerous factors affecting poultry import in China, said Sergey Lakhtyukhov, chairman of the Russian union of poultry producers. Alongside the shortage of refrigerators there are also some problems in the bank sector, resulting that local companies are unable to make payments for shipments, Lakhtyukhov said. There is also a problem of less demand for chicken feet as restaurants and canteens stay shut, Lakhtyukhov explained.

Culling poultry stock due to Covid-19

China has approved the import of all poultry and poultry products from the United States, the Chinese Ministry of Agriculture and Rural Affairs said on its website late February. China reportedly is going to need more imported chicken because local farmers are culling their stock, as internal trade restrictions imposed over the coronavirus fears have limited their access to feed. This could seriously worsen the protein shortage the country is facing because of the ASF epidemic.

There are photos all over the Internet showing enormous number of hatching eggs being thrown away, since the farmers are not able to meet the demand of their birds in feed, Davleyev said. The problem is not only about feed, but also about feedstuff, including corn and soybeans, Davleyev added. Forecasts are predicting that the poultry industry in China to recover in 1 or 2 quarters is too optimistic – in reality this process would take from 1.5 to 2 years, he said.