As Moscow responds to the incident with the downed Russian Su-24 bomber by imposing economic restrictions on Turkey in various sectors, the Turkish economy faces potential losses of at least $20 billion, predict Russian analysts. 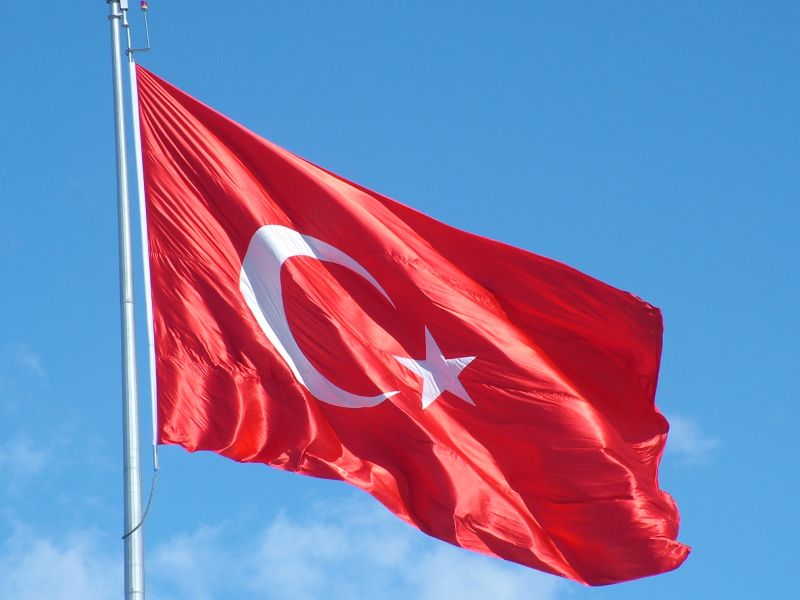 Turkish security officers stand behind barriers at a beach as they secure the summit zone ahead of the G20 summit in Belek in the Mediterranean resort city of Antalya, Turkey, Nov. 14, 2015. Source: Reuters

Turkish Vice Premier Mehmet Simsek has estimated Ankara’s losses from its current tensions with Russia at $9 billion a year. He predicts that in the worst-case scenario, Russian sanctions will cost Turkey 0.4 percent of its GDP, adding that this year Turkish exports to Russia have already dropped by 30-40 percent. The number of Russian tourists in Turkey has also fallen drastically (by 600,000 people), as has the number of construction projects being carried out by Turkish companies in Russia.

“Russia has always been an important partner to us, and we do not want conflicts with it. From the very first days, we developed ways of tackling the crisis, all our sectors are ready for it,” Simsek said in an interview with the Russian TV channel NTV.

However, this assessment appears to be underestimating the likely losses. According to the European Bank for Reconstruction and Development, Russian sanctions may slow down Turkey’s economic growth by 0.3-0.7 percentage points in 2016.

Other experts estimate Turkish losses at more than twice that amount. For instance, parliamentarians from the Turkish Republican People’s Party have calculated that in total Turkey may lose some $20 billion, or 3 percent of its GDP, as a result of Russian sanctions. This figure includes $6 billion in revenues from Turkish exports to Russia, $7 billion in revenues generated by Russian tourists, and $6 billion in revenues from shuttle trade, according to parliamentarian and head of the Antalya Chamber of Commerce and Industry Cetin Osman Budak, as quoted by the Turkish newspaper Hurriyet Daily News.

This figure looks closer to reality. The loss of Russian tourists alone will cost Turkey $10 billion, since this is what Turkey itself estimated its revenues from Russian tourists at. Antalya alone will lose $6 billion, with $500 million lost in the agricultural sector, according to a former mayor of Antalya, parliamentarian Mustafa Akaydin. According to official estimates, however, the Turkish tourist sector will lose just $3.5 billion.

“In my view, the overall losses of the Turkish economy will be closer to $20 billion,” said Georgy Vashchenko from the Freedom Finance investment company. “It will for a long time be impossible to recover losses from the drop in tourist flows, $6-8 billion a year, and from exports, a total of over $10 billion, including shuttle trade, which too will drop given higher transport costs.”

Furthermore, said Vashchenko, Turkey’s losses may increase if the situation in the Turkish economy deteriorates. “So far, the Turkish lira has remained largely immune to political events, it has already lost 30 percent of its value this past year. However, with the start of the embargo, things may change and a 3-percent drop in GDP because of export losses will add at least 2 extra percent to inflation,” he said.

In the meantime, it cannot be ruled out that Russia may introduce sanctions against Turkey in other segments. Russia has the capacity to bring in further restrictions, which could hit the Turkish economy badly without doing any considerable harm to the Russian markets. For example, Raiffeisenbank analysts point out, Turkish exports to Russia also include clothes and footwear (worth $1 billion in 2014; 15.1 percent of imports from Turkey and about 7 percent of all clothes and footwear imports into Russia); land transport (11.5 percent of imports from Turkey), machinery and white goods (11.2 percent of imports from Turkey). New economic sanctions against Turkey or/and a deterioration of the situation in the Turkish economy may therefore result in GDP losses of more than 3 percent.

In all these cases, the losses being considered do not include lost benefits from unrealized projects, such as the Turkish Stream gas pipeline, the Akkuyu nuclear power plant and various construction projects in Russia being carried out by Turkish companies.

Source: Russia beyond the headlines