As broiler meat production in Russia sees the strongest decline in decades, investors are flocking to other poultry meat segments. Local analysts predict that turkey, duck and quail meat will drive growth in the Russian poultry industry in the years to come. 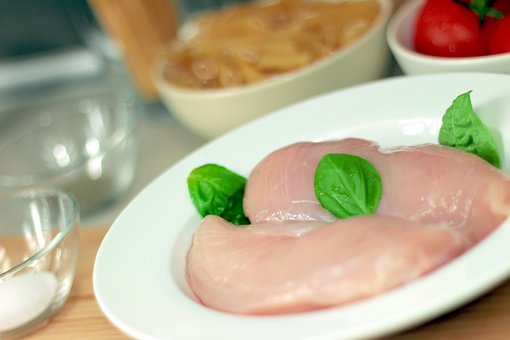 As Vadim Vaneev, general manager of Eurodon explains, both segments of the Russian poultry market looked extremely promising, as Russian turkey and duck consumption per capita was far below the level that it had been in the past. Vaneev recalled that in Soviet times virtually every household had an utyatnitsa – a traditional pan specially designed for roasting duck.

Eurodon hoped that it could revive the state-owned collective farms that were destroyed or decommissioned in the 1990s and believed that if production was there, demand would follow. However, those hopes failed to materialise.

Both Evrodon and Donstar accumulated huge debt over the years and eventually went bankrupt. Nevertheless, there are signs that Eurodon’s owners were not entirely wrong at the time, as turkey and duck meat started to become more popular in 2020-2021.

A new era of turkey production

Russia’s domestic demand for unconventional meat proved to be strong in 2020, despite the Covid-19 pandemic. In 2020, turkey meat production grew to 330,000 tonnes, 20.7% more than in 2019, the Russian consulting firm Agrifood Strategies has estimated.

“In the turkey meat market, the Russian consumer’s purchasing power and the potential for the development of distribution channels will have a major impact,” says Sergey Lakhtyukhov, director general of Russia’s National Union of Poultry Producers. He notes that growth potential in the turkey market is far from exhausted. “Domestic turkey consumption is just over 2 kg per person which is half that of European consumption and a factor 3 lower than in the US, so the potential is there,” Lakhtyukhov adds.

Current investment plans support the bright outlook. Almost all the top market players have laid out plans to launch new or expand existing production facilities. Even former Eurodon farms are being bought up and restocked. The overall growth of the top 5 Russian turkey companies in 2020 exceeded 48,000 tonnes, while their share remained at the previous year’s level of 79%.

Agrifood Strategies notes that such consistent and proportional growth of large federal producers and smaller-scale regional projects indicates that the market is still not saturated and is set to grow further.

According to the GFK-Rus consulting firm, in the period January to September 2020, consumers in all social groups continued to ‘switch’ to turkey from almost all categories of protein products, except eggs and lamb. This includes beef and veal, chicken, pork, fish and seafood. Even in the midst of a pandemic, growth in demand was seen.

The situation is very similar for duck and quail meat. Local analysts say that consumer interest in both products is on the increase. “Duck and quail production will also grow with duck production having resumed at former Donstar farms at the end of 2020. Russkoye Pole also has plans to increase its production of duck meat, while Uglichskaya poultry farm has increased quail production,” Lakhtyukhov reports.

The Russian compan,y Damate, has recently restarted the country’s biggest duck meat processing plant in Rostov Oblast. The company has unveiled plans to boost its duck population in Rostov Oblast from 273,000 to 1 million birds by October 2021.

Overall sales of duck meat on the Russian market was about 55,000 tonnes in 2019, Vladimir Sinyagin, chairman of Vladimir Oblast, estimates. Konstantin Korneev, director of the Russian consulting firm Rincon Management, comments that Russian consumers are not used to duck meat which means that all new market players will have to invest in product promotion.

Agrifood Strategies forecast that duck meat production in Russia could grow to between 160,000 and 200,000 tonnes over the next decade.

Duck meat has potential for exports

Duck meat has the strongest export potential of the Russian poultry industry, says Lakhtyukhov. Duck meat is a premium product in countries like the Arab Peninsula, as well as in Asia and specifically China. Lakhtyukhov also says that all those countries have expressed an interest in importing duck meat from Russia.

“If we talk about duck and quail, they are not products for home consumption. Growth is expected in the food service sector. For the quail market, I would add another demographic factor, namely, the number of children born, since a significant part of production is used for baby food,” Lakhtyukhov explains.

“There are consumers and hospitality businesses that want to see quail meat on the table and on the menu, and who consider it nutritious and healthy.”

Yushin told local magazine, Agroinvestor, that the production of quail meat has a positive future if the business is approached in the right way, but everything depends on the economic situation.

“Quail meat is a premium product. Cutting it up at the factory is expensive. But there are consumers and hospitality businesses that want to see this meat on the table and on the menu, and who consider it nutritious and healthy,” he says, adding that this segment’s development could be compared with that of the market for premium cuts of marbled beef.

“In 2013, quail consumption in Russia was about 3,000 birds, and has now grown to 30,000. If quail meat were more widely available in retail outlets, perhaps its consumption would be greater than it is now. However, many supermarket chains do not yet know how much to order because there is a considerable risk that this meat will not sell before its expiry date,” Yushin concludes.