All news / Russians Preparing for Higher Prices Amid Ruble Slump

The fall in the value of ruble is sure to bring higher prices of consumer goods, leaving Russians to prepare for higher inflation, the Moscow Times reports. 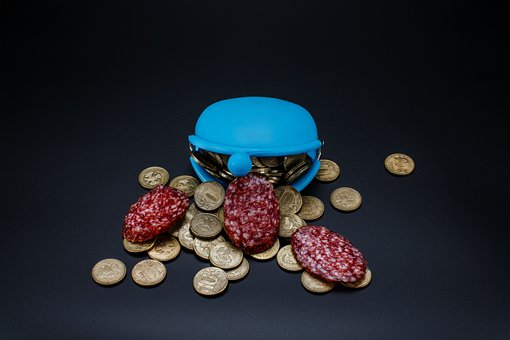 The Bank of Russia was forced to halt planned interest rate cuts, as a period of muted price rises comes to an end. The regulator expects inflation to climb above its 4% target by the end of the year.

“Taking into account the volatility in the foreign exchange market, the acceleration of inflation from the current low level may begin earlier than expected,” Russia’s Economy Ministry said Tuesday.

The rate of inflation has halved over the last 12 months, coming in at just 2.3% in February, and the central bank was expected to keep cutting interest rates in response. Economists say that is now off the table, and the next interest rate move may well be a hike instead.

The key factor is the relationship between oil prices, the ruble and inflation. More than one-third of the Russian state budget comes from energy revenues, and the currency is highly susceptible to changes in the oil price — although less than it used to be, analysts say.

When oil falls below $42.40 — the benchmark rate at which Russia starts selling foreign exchange reserves in a bid to support the currency — the ruble tends to depreciate and inflation can pick up quickly, according to economists.

Recent forecasts, updated in the wake of the breakdown of Russia’s oil alliance with OPEC, demonstrate the fine margins the central bank will have to interpret, the Moscow Times writes.

With oil prices at $40 a barrel, Renaissance Capital expects inflation to come in at 4% this year — on target. Whereas at $30 a barrel, that jumps to above 6%, and could prompt the Central Bank to start raising interest rate hikes to cool the rate of inflation.

Oil was trading between those levels Wednesday, at $36 a barrel, although volatility remains marked. Saudi Arabia upped the ante in the price war Wednesday by promising to pump out 13 million barrels a day — a significant increase in supply from its recent output of under 10 million.

Should the supply glut continue and oil prices hit $25 a barrel, Russia’s Central Bank said Tuesday it is bracing for inflation to approach 8% by the end of the year.