The global economy could be less than 18 months away from a financial crisis on the same scale as the 2008-2009 worldwide economic meltdown, Russia’s Central Bank has warned. 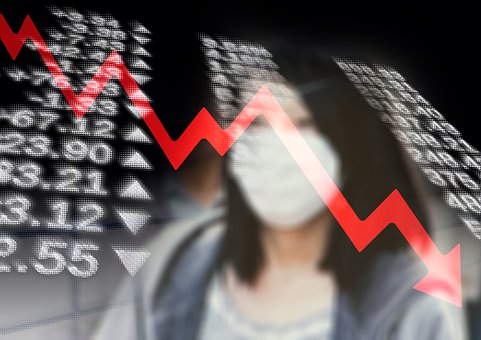 In a stark forecast, the bank pointed to “serious imbalances” in the global economy, soaring and unsustainable debt levels in both the public and private sector, and stubborn inflation risks across the world. “In the first quarter of 2023, a large-scale financial crisis could begin in the world economy — comparable to the crisis of 2008-2009, with a long period of uncertainty and a protracted recovery,” the bank said in a report published September 1.

The scenario was presented as one of the Bank’s so-called “alternative” forecasts for how the world economy could develop over the next three years. In its “baseline” scenario — that seen as most likely — a large-scale recession is avoided as inflation moderates over the coming year.

Nevertheless, the fact the bank has considered the chance of a global financial crisis and published research into how it will affect Russia is a sign Governor Elvira Nabiullina sees it as a serious possibility.

Nabiullina has argued that the current surge in inflation is unlikely to be temporary — a position at odds with the views of the powerful U.S. Federal Reserve. The Central Bank has now gone further and warned that the world economy is not prepared for a situation in which inflation does not come down as expected. That would force major central banks to rapidly adjust their ultra-loose monetary policies and temper the estimated US$25 trillion that has been pumped into the economy through unprecedented asset-purchasing programs.

Critics of such quantitative easing, including Russian policymakers, say the program has created dangerous asset bubbles across the economy.

“Financial markets expect only a moderate normalization of monetary policy in developed countries, and each next step in raising rates will cause more and more concern for investors,” the bank warned.

“As countries move away from accommodative policies, conditions in the global financial system will deteriorate drastically and rapidly … As a result, 2023 may begin with mass sales of risky assets and an aggravation of debt problems,” it added.

Bank analysts are concerned about the explosion of unsustainable debt during the coronavirus pandemic which has pushed both government and corporate borrowing to record highs. It sees risks in the “accumulation of debts by states and companies with weak financial stability.”

The report also stated that poorer countries were only saved from the worst consequences of their heavy debt burdens due to the global nature of the pandemic and the rollout of large-scale support programs by international institutions such as the World Bank and International Monetary Fund.

Growth in the global economy would shrink to 1.1% in such a situation, it predicts. Economists generally consider global annual GDP growth of less than 3% to be a worldwide recession. The Russian economy would contract by 2% — a slightly better performance than the 3% loss to GDP recorded last year.

Russia has already raised interest rates significantly this year in response to climbing inflation, which hit a 5 year high over the summer.

The bank forecast the Russian economy, which it says has already recovered to its pre-coronavirus levels, to grow by around 4% this year.

Russia has been boosting its foreign reserves and has been increasing them steadily over the past few years and are at a record high of the equivalent of US$615.5 billion. At the same time Russia has been reducing its foreign debt, which is now about the US$430 billion mark. To compare, the US has foreign debt of US$21.6 trillion. Russia has also reduced its holdings of US dollars reserves to its lowest ever level, while building up reserves of Chinese RMB Yuan and gold.